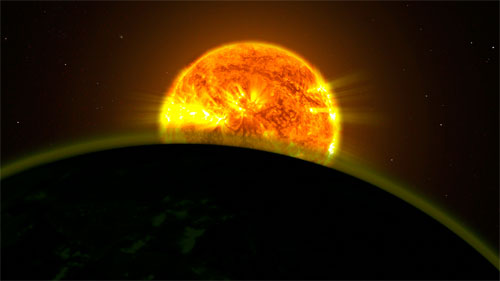 Scientists educated members of the U.S. House of Representatives about the search for extraterrestrial life at a hearing held in Washington, DC on Wednesday, December 4. 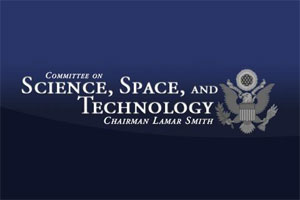 The Committee on Science, Space and Technology, chaired by Rep. Lamar Smith (R-Texas), met for a two-hour hearing titled “Astrobiology: Search for Biosignatures in our Solar System and Beyond.” The hearing charter outlined the hearing’s goal, describing:

Three leading scientists presented testimony at the hearing. They are:

These scientists discussed exploration technology like the James Webb space telescope, emphasizing the importance of exploration ventures to the search for extraterrestrial life. Dr. Seager explained, “NASA’s James Webb Space Telescope (JWST), scheduled to launch in 2018, will be capable of studying the atmospheres of a subset of the TESS (Transiting Exoplanet Survey Satellite, scheduled for launch in 2017) rocky exoplanets in visible, near infrared, and infrared light . . . We anticipate TESS will find dozens of super Earths suitable for atmosphere observations by JWST, including several that could potentially be habitable.”

Rep. Ralph Hall (R-Texas) asked the scientists, “Do you think there’s life out there?” Seager explained that the Milky Way galaxy contains 100 billion stars and the universe may contain 100 billion galaxies. Then she stated, “Do the math.” As the Guardian reports, when the three scientists were asked for brief answers to the question, “Is life out there?,” the response was “Yes,” “Yes,” and “Yes.”

This hearing comes just a day after the announcement that two studies have revealed that the Hubble space telescope detected water in the atmospheres of five planets outside the solar system. As NBC News reports, “The five exoplanets with hints of water are all scorching-hot, Jupiter-size worlds that are unlikely to host life as we know it. But finding water in their atmospheres still marks a step forward in the search for distant planets that may be capable of supporting alien life, researchers said.”