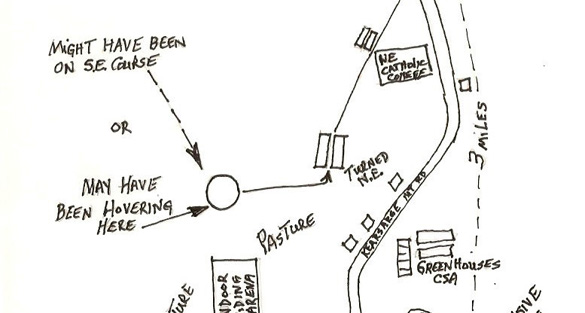 A New Hampshire witness at Warner who is a commercial pilot reported a bright, pure, white light UFO that turned into two vertical rectangles, according to testimony in Case 71928 from the Mutual UFO Network (MUFON) witness reporting database.

The reporting witness and his wife were driving home from a trip to Maine and were at the top of Tory Hill on Kearsarge Mountain Road when the object was first seen at 8:05 p.m. on October 15, 2015. 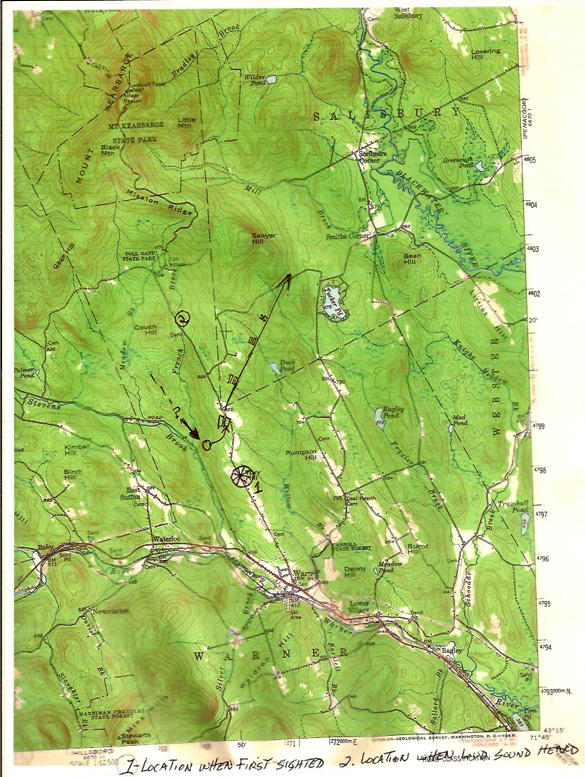 “We observed a round, white light above and to our left,” the witness stated.“I’m guessing 800 to 1000 AGL. It appeared to be on an easterly heading but turned to the northeast.”

But then the object appeared to change shape.

“When it did so, what first appeared as a round light the size of a pencil eraser, became two vertical rectangles side-by-side three to four times as high as wide, with a small divide between them. It also appeared to be climbing in altitude at a 5-degree angle.”

They lost sight of the object due to a tree line, but they soon had another encounter. 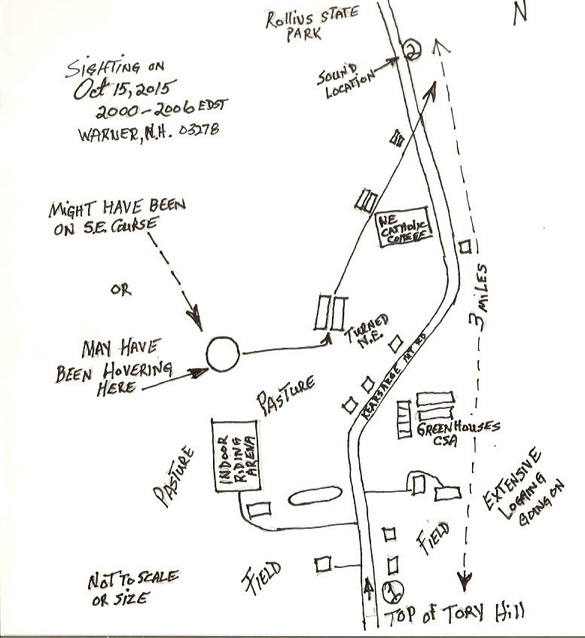 “There were no strobes seen during the event. Continuing homeward, I stopped after turning into our driveway to let my wife out to get our mail from the mailbox. At that point a thunderous roar as if a four-engine piston powered aircraft was illegally low overhead. So loud that everything seemed to shake from the vibrations.”

“I have many hours flying in such aircraft in the Air Force with over 400 in the last of the B29’s. The proximity to Kearsarge Mountain in the dark would have been a foolishly low flight for anyone qualified to fly such an aircraft. I hold a commercial pilots license with flight instructors rating now retired and I can assure you the light/lights were not a conventional aircraft.”

The case was filed with MUFON on October 27, 2015, and is currently being investigated by New Hampshire MUFON Chief Investigator Valerie Schultz. 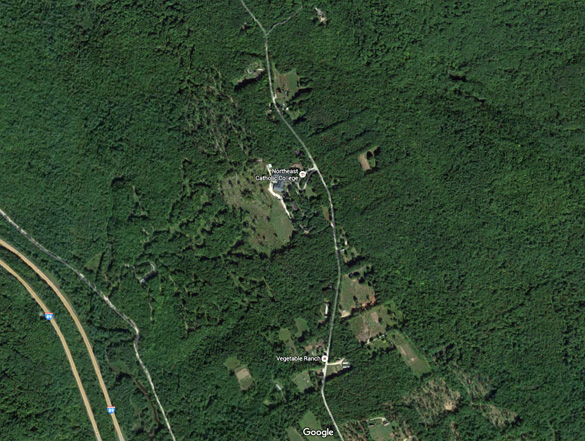 Warner is a town in Merrimack County, New Hampshire, population 2,833. Please remember that most UFO sightings can be explained as something natural or man-made. The above quotes were edited for clarity. Please report UFO activity to MUFON.com.