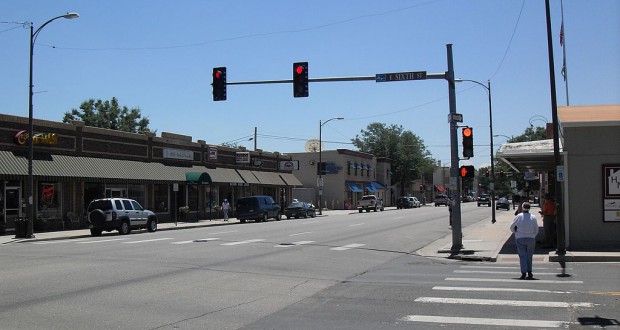 A Colorado witness at Loveland described an “unusual radiant light source” moving above the foothills of the Rocky Mountains that could not be identified, according to testimony in Case 64781 from the Mutual UFO Network (MUFON) witness reporting database.

The witness was at home shaving in an upstairs bathroom at 9:12 p.m. on March 10, 2015, when he opened a window and “noticed a bright, steady, unchanging, radiant source of white light in close proximity to the tops of the initial foothills” west of his location.

The witness first thought the light was positioned on a light pole and later thought it might be automobile headlights.

“I was suddenly moderately surprised and shocked to observe the traveling object seemingly to stop its movement and execute a rapid drop in apparent altitude of seemingly a few hundred feet, before apparently being able to arrest the plunge in the altitude and coming to a stop briefly,” the witness stated.

The light on the object seemed to change from a steady glow to random flickering.

“After the brief arrestment of the altitude plunge, the object then began to haltingly ascend back in altitude, until it was again back at its seemingly original altitude, where it again stopped movement briefly.”

The witness now realized the light could not be an automobile and decided to continue to watch it.

“After the brief stop, upon the regaining of its former altitude, the object then began the same, slow, traveling speed, although now on a generally northern trajectory. While the object was performing the flickering aspect of its light radiance, reduced glare intensity from the object was occasionally low enough to pick out more detained features of the object generating the light radiance.”

“Object appeared to be a structured construct, of a roughly raised-dome shape, with the white light radiating from the domed area, and from what appeared to be a series of rectangular panels spaced around the circumference of the object’s lower one-third area.”

The object seemed to be repeating its actions.

“After slowly traveling back to the general north for a short distance, near where the object was originally noticed, the object was observed to repeat a virtually identical rapid drop in its altitude and seemingly struggle to get such halted and original altitude level re-established, and stopping briefly, yet again.” 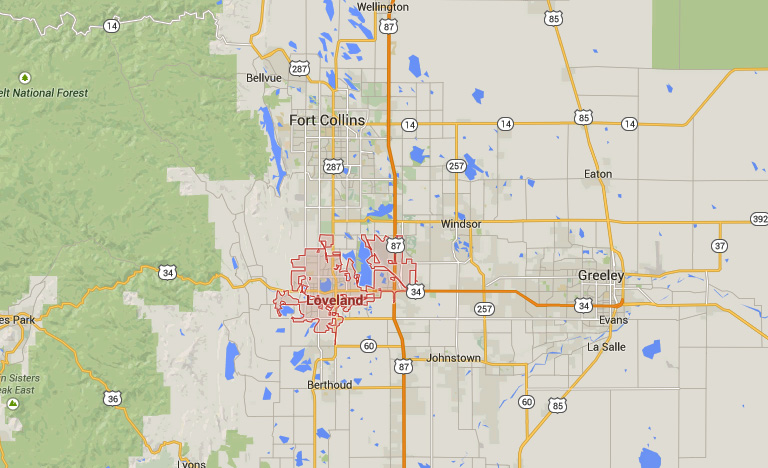 The witness thought that the object might be experiencing problems.

“Object appeared to be suffering performance difficulties involving its altitude maintenance, and after the brief stop in movement upon regaining its former altitude the second time, the object was observed to again resume a generally southward trajectory, until it appeared to land upon the top of the nearest hill along the newest trajectory. The object then appeared to just sit there on the hilltop, with its light radiance still in the random flickering nature, for about 1-2 minutes before I decided to relocate myself to the residence’s rear yard deck area, to see if I could improve observational abilities by being outdoors, with the wall clock glanced at showing then 9:16 p.m.”

The witness then went back inside and observed the object from the bathroom window.

“While observing upon the rear yard deck, I detected the approach of a conventional, small passenger aircraft in my side vision field to my right (north), by its engine sounds and safety lighting, and recalling having read about such objects displaying reactions to approaching aircraft, I began to observe the object intently, with just the barest of glances at the approaching aircraft, to keep track of its general position in relation to the landed object.”

The UFO seemed to react to the conventional aircraft.

“The conventional aircraft was on a generally north-to-south trajectory, traveling in between my location and the object, with what appeared as closer proximity to the objects area, than my own, and was traveling at an altitude of approximately 2,500-3,000 feet. When the conventional aircraft approached into the area to the northeast of the object, I observed the intensity of the flickering glow from the object seemingly stop the flickering activity, and assumed a steady glow again, as it seemingly reduced the power output into the glow function, drastically reducing the glow intensity down to just barely existent at all, to the level that if I had not had the object under direct observation at the moment, then I would have had high difficulty even noticing such a weak light source if casually eye-scanning across the general area of the landed object. The object was observed to maintain the extremely weak light glow throughout the area of passage of the conventional aircraft, until the aircraft had progressed to a point to the southeast of the object’s location, whereupon the object then seeming powered back up to its former flickering light radiance & intensities.”

The witness then said the object appeared to land.

“Observed the object landed on the hilltop for a few more minutes. After about one minute of observation, the object appeared to slowly take off and start ascending into the air once more, and then suddenly began a seemingly unstable, erratic set of movements, giving the appearance of the object not only still having altitude maintenance control difficulties, but now directional and attitude control issues. Object seemed to take several seconds to get the erratic movements stabilized enough to bring the object to a stop once more, before then very slowly moving off deeper into the foothills area on a northwestward trajectory, while seemingly increasing its altitude slightly, until it was able to apparently land on another hilltop.”

“Object remained on the second hilltop for another couple of minutes under my observation before I glanced at the room’s wall clock at 9:36 p.m. At 9:37 p.m., glanced at clock again, before observing the object still sitting atop of the distant hill for two minutes – 9:39 p.m.”

The witness looked away for a few minutes while shaving and when he looked back, the object was gone.

Colorado is currently a UFO Alert Level 5 – with 1.16 sightings per million population based on MUFON February 2015 statistics. Colorado received a total of six UFO reports in March.