Colombian UFO videos cause some to believe it is a hotspot

The media has picked up on a few alleged UFO videos from Colombia, prompting some to ask whether it is a new UFO hotspot. Many of the facts regarding the videos have been misreported by UFO websites, causing confusion and dubious conclusions on their part. Furthermore, some researchers think the objects in the videos are likely very terrestrial in origin.

Last week a video from Medellin, Colombia, made a lot of buzz. It was posted on several UFO websites, before it began springing up on news sites as well. It was reportedly filmed on November 16, 2014, and originally posted on December 5, 2014. However, the video most are referring to is a copy that was reposted, with permission, by a YouTube channel called UFOVNI.

Further research shows the original video was posted on November 17, 2014 on a YouTube account named JPrieto1396. The video shows a dark elliptical shaped object on the horizon, floating above the city. It moves very slowly, moving only a very short distance in the 3 minutes of the video (seen above).

A rather strange object appears several days after a hailstorm in the city of Medellin, climate change this week was very quick, rainy and cloudy days sunny and dry. Did alien beings deal with these changes? Are we ready for the truth?

The description included in the same video reposted by UFOVNI says the video was received by J. Prieto on November 16. UFOVNI alleges the video was given to Prieto by his uncle who filmed the video. Although, UFOVNI’s request to repost the video can be seen in the comments of the original video, the information UFOVNI shared in the description was not part of their conversation. It is unknown where that information came from. It is possible it is from a private conversation.

According to The Epoch Times, another UFO website claimed the same object was spotted near Atanasio Girardot soccer stadium, also in Medellin, just before the national championship. The video (seen below) that is referenced does show a similar object floating in the air. It was added to YouTube on May 25, 2014 by an account named Lucio Rodriguez. However, there is no description. The title in English reads, “UFO in Medellin,” but it is unknown where this UFO website got their information as to its exact location.

In both cases, UFO researchers told Lee Speigel of the Huffington Post that they believe the object was probably a marketing balloon. Marc Dantonio, a photo analyst for the Mutual UFO Network said, “I think I know immediately what we are looking at.”

In my opinion, this is a public relations unmanned helium balloon that is tethered and is 18 feet in diameter. I know the dimensions because I know the balloon itself… Various companies sell and rent them for publicity. In one video, you are told it is flying near Atanasio Girardot Stadium right before a big final matchup soccer game. It stands to reason that flying it for a publicity stunt before a major match makes sense. It is a UFO shape and these have been sold and rented for several years now.

The amount of zoom required to get this object to fill the frame in any significant detail tells me that it’s probably flying farther away than just a few city blocks. The most recent video of the UFO flying partly over the forest goes in and out of focus frequently, and at times it seems to disappear. It could simply be that the camera’s autofocus was unable to hold a sharp image of the object at such a distance and with the trees in the closer foreground to throw it off even further.

Hansen actually used a very similar balloon in an episode of Faked or Faked to create fake UFO. 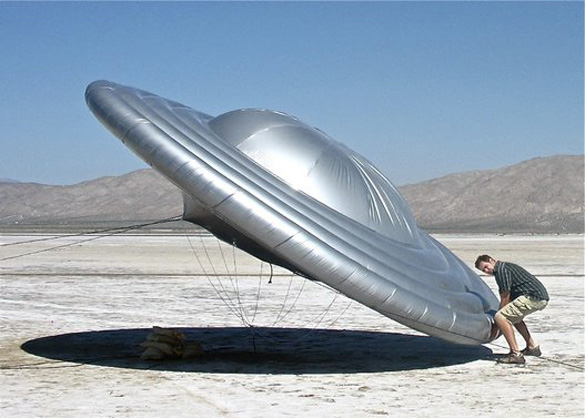 “You can buy them as big as 20 feet in diameter,” he told Huffington Post. “When they get loose, the wind tosses them wildly and they tumble end-over-end through the air. The other thing that often happens is the weight of the tether and wind can make the balloon collapse on itself and it scoots along the ground knocking over children and smaller TV co-hosts. This occurred behind the scenes in our filming.”

Another video referred to by the Huffington Post is a star shaped UFO video that was allegedly filmed in Medellin on February 2, 2014. However, again that is the date given by a YouTube channel that reposted the original.

The original video (seen below) said it was captured on January 25, 2014. It was posted in two parts on YouTube on February 15, 2014 by Carlos Valderrama with no comments. The title in English reads, “UFO in Medellin 25 January 2014.”

OpenMinds.tv wrote about this video in February of this year. At the time, a man named Nicolas Aguilar posted a picture of a star shaped balloon that was rimmed with lights, the brightest in the center. Aguilar claimed that the balloon is what was filmed in the video. He did not share how he came to this information, but the objects do look very similar. 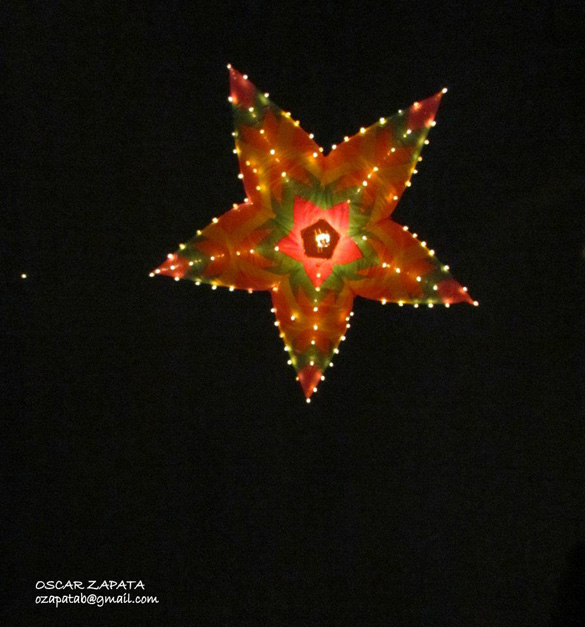 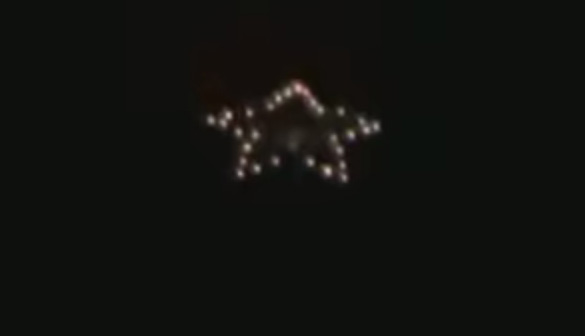 So, is Colombia a new UFO hotspot? Perhaps, but it will take more than these videos to convince the more skeptical researchers.