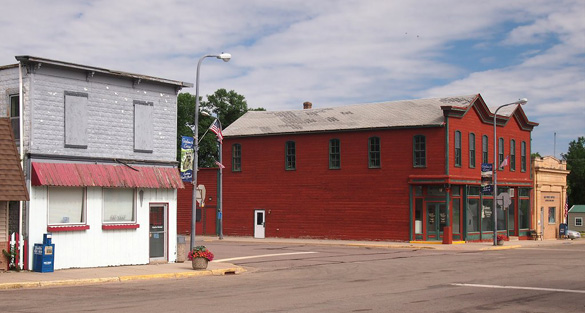 A Minnesota witness at Currie recalls a UFO incident from 2002 where a group of adults and children watched a silent, hovering, cigar-shaped object, according to testimony in Case 65066 from the Mutual UFO Network (MUFON) witness reporting database.

The incident occurred about 2 p.m. on July 3, 2002, when four adults, ages 22-29, and two children were outside on a farm about one mile east and one-half mile north of Currie, on an 80-degree day with few clouds in the sky. 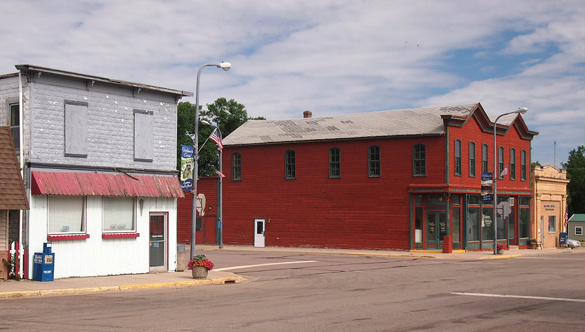 A group of people on a farm near Currie, MN, watched a cigar-shaped object hovering in the distance about 2 p.m. on July 2, 2002. Pictured: Downtown, Currie. (Credit: Wikimedia Commons)

“We had just shot off some fireworks, but nothing aerial, just small group reporters (black cat firecrackers) and some colored smoke bombs,” the reporting witness stated.

Then one of the adults noticed something odd in the sky to their northeast and asked what it was.

“When we first saw the metallic, cigar-shaped craft, it appeared to be about a mile away, moving toward us steadily and slowly. Not knowing the object’s size, I’m just guessing at these distances.”

The group estimated that the object was about 400 feet long. 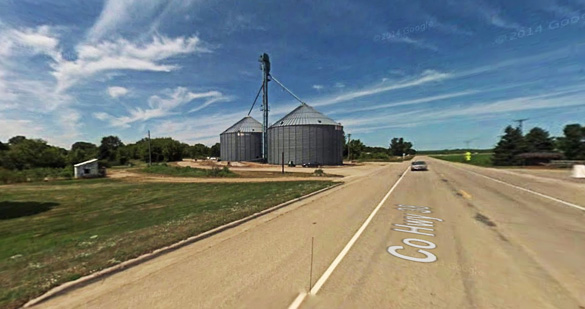 The witness said the object appeared to be about the size of a blimp, but it was not a blimp. Pictured: Currie, MN. (Credit: Google Maps)

“It looked like it was rather large, like it could have been the size of the Goodyear blimp. The shape was not ‘blimp-shaped,’ more cigar and shiny, possibly surrounded by a haze, but it may have been sun glare of the craft’s shiny exterior.”

The group watched the object wondering about what it could be and how far away it was.

“Again, I do not know how big it was, nor the exact distances. As we pointed out the craft to the others they came over toward us. At this point the craft just stopped and hovered. There was no sound, no wind, just the shiny object floating. We all agreed that we had no idea what we were looking at.”

They attempted to get binoculars for a better look.

“I asked my son to fetch the binoculars. As he ran back to the house, the object stayed, and when he started running back with the binoculars the craft flew away silently, steadily, and rapidly to the northeast until we could no longer see it.” 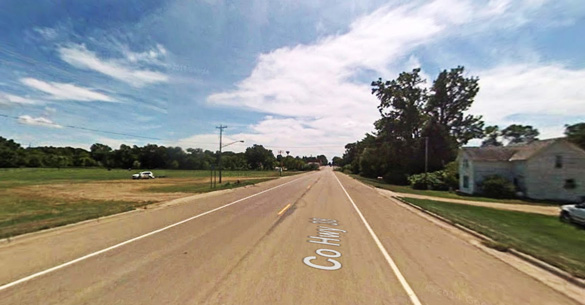 The object eventually moved quickly out of the area before the group could retrieve binoculars for a better look. Pictured: Currie, MN. (Credit: Google Maps)

Currie is a city in Murray County, Minnesota, population 233.

Minnesota is currently a UFO Alert Level 3 – with 0.93 sightings per million population based on MUFON February 2015 statistics. Minnesota received a total of five UFO reports in March.