A recent rocket launch in China produced an unusual effect in the sky, which resulted in numerous UFO reports. 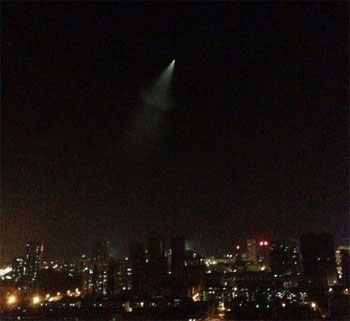 The rocket was launched at approximately 9:00 pm on Monday, May 13 from the Xichang Satellite Launch Center. According to China Daily, “The consequence of this rocket launch, which is a common occurrence, is that many UFO believers mistook it for the latest visit by alien guests, as people across the southern part of China, including Chongqing, Kunming, Hong Kong, Changsha, Haikou, and Wuhan, all took images of the rocket and posted them on the Internet.”

This rocket reportedly belongs to the Chinese Academy of Science (CAS) and was used to collect data about high energy and magnetic fields in the ionosphere.