The Chilean government’s civil aviation department recently met on whether or not UFOs pose a threat to their military air operations. Upon examination of their recorded UFO cases, and with input from their official UFO investigation organization, they decided that no threat exists.

Unlike the United States, and many other western countries, Chile takes the UFO phenomenon very seriously. They have their own agency for investigating the phenomenon called the Committee for the Studies of Anomalous Aerial Phenomena (CEFAA). It is part of the Ministerial Department of Civil Aeronautics (DGAC), their equivalent to our FAA. CEFFAA also works closely with the Chilean air force. 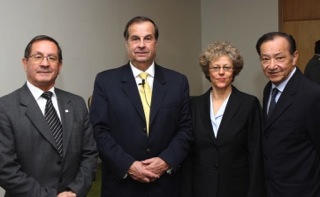 Author and journalist Leslie Kean has been keeping tabs on CEFAA and broke the news of the meeting on a blog post on the Huffington Post. She says the meeting took place on July 31, and was organized by CEFAA’s director, General Ricardo Bermúdez. He invited nineteen experts with varying background to explore the question of military air safety in regards to UFOs. The group convened for three hours.

Coverage of the meeting on the official DGAC YouTube page can be seen above.

Kean says the group had already determined that UFOs are a real phenomenon worthy of serious study.  This includes scientists and DGAC specialists. She writes:

Representatives from different branches of the armed forces and the police corps were also present. All of them, including a navy commander who is in charge of flight security for navy aviation, are also pilots, or have been in the past. Along with Mercado, Bermúdez was once a combat pilot. 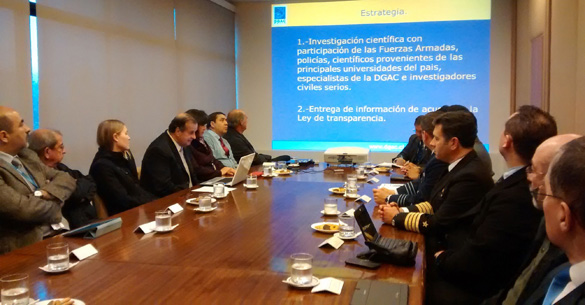 Members of CEFAA and the DGAC meet with other experts to discuss the threat UFOs pose to military air operations. (Credit: DGAC)

Kean highlighted some of the discussion leading to the final decision. The DGAC chief of operations pointed out that their evidence shows unidentified aerial phenomena (UAP), another term for UFOs, demonstrates “intelligent behavior,” and as such it is important to discover the nature of the UAP’s intentions.

He said, “Intelligence is what matters. If this is so, we must ask: has it shown hostility or carried out openly threatening maneuvers? Has it actually attacked our aircraft? To date, this doesn’t seem to be the case. We cannot possibly call something a threat to something or someone if they have not shown any open intention to do harm.”

Navy captain Roberto Borè agreed, saying, “Aside from any natural distractions to the flight crews, the risks so far have been null. We cannot call UAP a risk to our operations, not even a low risk.”

Radar control chief Mauricio Blanco also agreed, but stressed the need for a scientific evaluation of the risk. Blanco told the group, “In aeronautics, we have to measure risk scientifically and we have all the tools for that. We have to establish a ‘risk matrix,’ considering possibility and probability. The risk level [for UAP]has not been analyzed. It can be measured, and given the probabilities, this level is very low.”

Throughout her report, Kean points out the vast difference in the way the UFO phenomenon is handled in Chile versus the U.S. She writes about her visit to a radar center in Santiago where Blanco collects UFO reports. They have a careful protocol to maintain the integrity of the cases, and Kean says she found it “hard to get used to the fact that UFOs are fully accepted as part of life in Chile.” 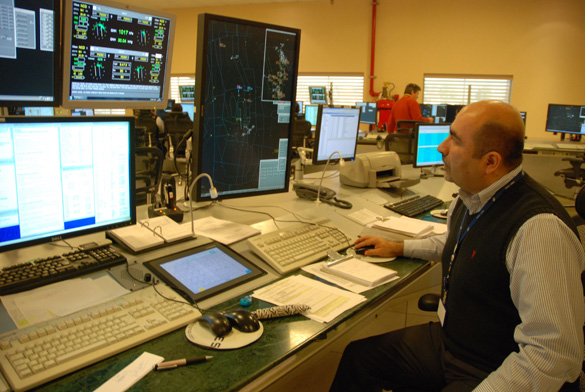 CEFAA’s Director of International Affairs Jose Lay told her, “For Chileans, this is completely normal and we don’t consider it news at all.”

During the meeting, officials comment on UFOs as a matter of fact, such as the DGAC expert on accident investigations who said, “Until now, in practice, we have seen only the effects. And those we have captured through photographs, videos, official reports, testimonies, etc. And thus, we are able to say the phenomenon exists. But its origin, we have not defined. And without this definition, we cannot establish a strategy to counteract it. … I have spoken with pilots who have had sightings. So far, none has experienced undue concern, just plain curiosity.”

In the end, the experts agreed that more multi-disciplined study into the nature of UFOs was necessary. The air force psychologist also suggested more education for pilots about UFOs. A nuclear chemist in the meeting also explained why this would be important. 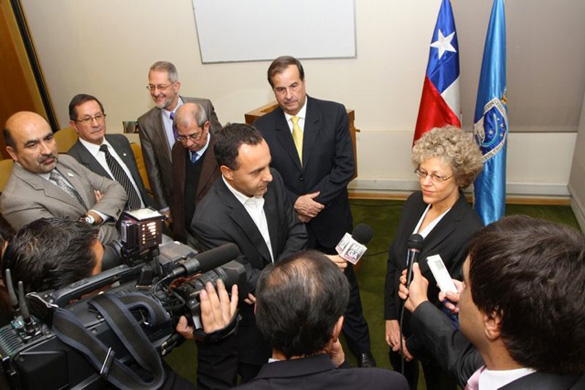 The chemist said, “If our civilian and military pilots are well informed about UAP, the risk due to distraction will come down to a minimum because the surprise factor will not be there.”

Kean says the conclusions regarding air safety were clear.

“Based on the evaluation at the meeting, the committee concluded that UAP do not present a threat or a danger to air operations, either civilian or military,” Bermúdez said. “Although there have been a small number of accidents attributed to UAP around the world, none have withstood an objective examination that presented unmistakable proof that UAP were the cause.”