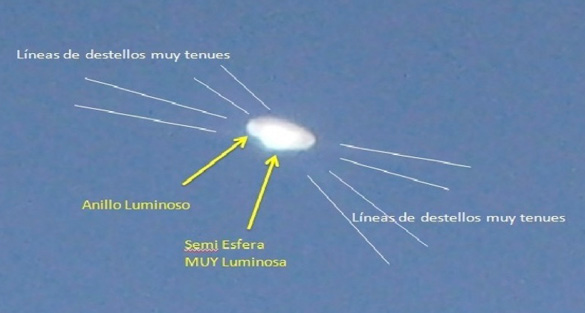 The Chilean government, one of the few governments to have an official UFO investigation organization, recently released a report regarding their investigation of two UFO photographs taken by miners in a secluded area of the Andes Mountain range. They ruled out man-made objects and have not come up with an explanation for the object in the images. The object remains unidentified.

The Chilean UFO organization is called the Committee for the Studies of Anomalous Aerial Phenomena (CEFAA) and is part of their Ministerial Department of Civil Aeronautics (DGAC), which is similar to our FAA. They seek to identify UFOs in Chilean airspace as a matter of air safety.

Journalist Leslie Kean has a close relationship with CEFAA, and she posted details about the photos taken by the miners in her blog for the Huffington Post. She says the pictures were taken at the Collahuasi copper mine in northern Chile. It is a remote location 14,000 feet above sea level. The air is thin and very clear. 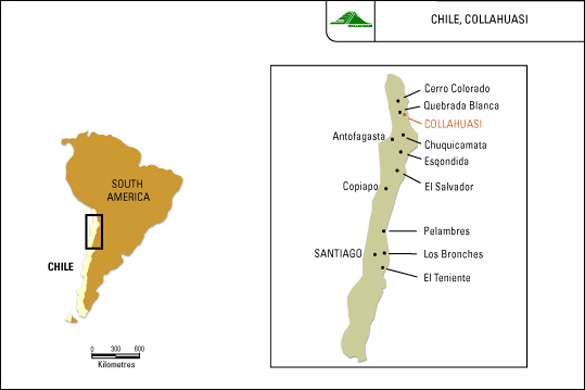 Location of the Collahuasi copper mine. (Credit: mining-technology.com)

The UFO was spotted by four technicians in April, 2013. They say they saw a disk-shaped object hovering and moving around the sky for more than an hour. They estimated the object to be 2000 feet in the air. It made no sound. They captured two pictures of the object before it finally moved off to the east where they lost sight of it.

Although they captured the images over a year ago, they did not tell anyone for fear of being ridiculed. CEFAA did not become aware of the pictures until February of this year. The technicians had shown one of their supervisors the pictures, and he sent them to CEFAA. The four original witnesses did not want to talk to CEFAA, even though they were told they could do so anonymously. Their supervisor did relay what information he knew, and he did ask to remain anonymous.

CEFAA examined the photos and ruled out weather phenomenon and man-made objects. They noted that drones are used in the area, but did not believe the object in the images to be drone. International Affairs Director Jose Lay said, “People in that zone know about drones… Fishing companies use drones and they make a lot of noise. This was definitely not a drone.” 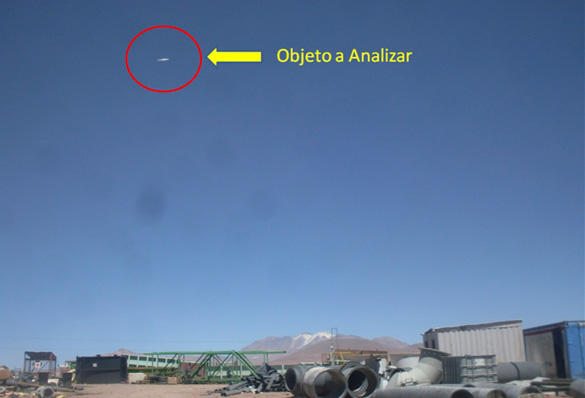 The first image captured by the miners. (Credit: CEFAA) 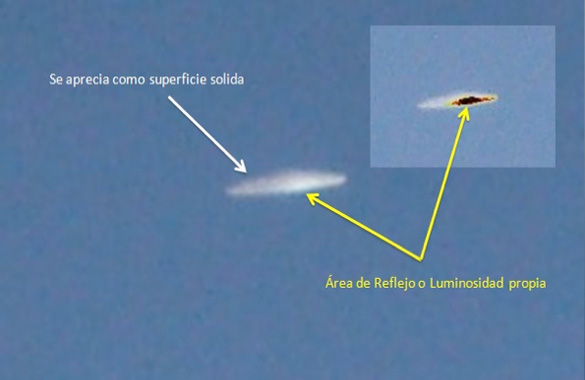 The analysis by CEFAA was that it was a solid object reflecting sunlight. They also felt that the object could be emitting its own light. (Credit: CEFAA) 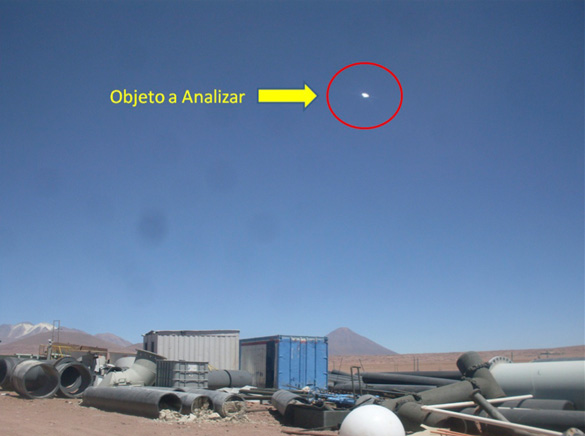 The second image captured by the miners. (Credit: CEFAA) 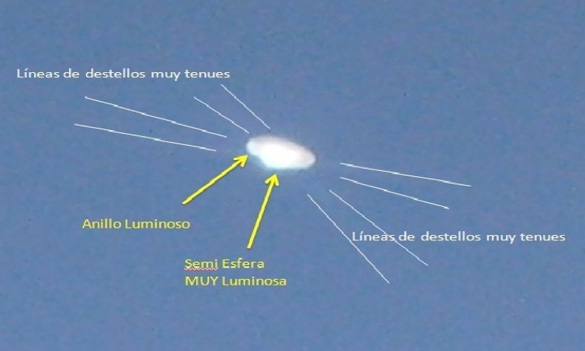 According to Kean: “The text on this diagram of the enlarged second image indicates lines where very soft rays were reflected from an ‘extremely luminous half sphere.’ The analyst concludes that the object ’emitted its own energy that does not coincide with the natural sunlight which is also reflected off the object.’ At noon, the brightness underneath could not have been caused by the sun, which was reflected off the top.” (Credit: CEFAA)

CEFAA concluded, “It is an object or phenomenon of great interest, and it can be qualified as a UFO.”

CEFAA would have liked to talk to the witnesses, but Lay told Kean, “We tried to contact them, and we got no reply. So we treated the material just as we have treated several others of the same or similar nature: we file them for future reference or comparison purposes. That’s all we can do in this case.”

Kean also got the input of a well known UFO photo analyst, Dr. Bruce Maccabee, via email. Maccabee was an optical physicist for the U.S. Navy. He told Kean, “In the second image there appears to be a very bright hemispherical shape, convex downward… possibly a UFO enveloped in a cloud of vapor.”

Given the limited data available, he was also able to determine that the object did move some distance between the time the photos were taken. Although, it is unknown how much time passed between photos.

“This is clearly not a normal thing seen in the sky (bird, plane, cloud, etc.),” Maccabee told Kean. “That makes it either the real thing – UFO – or a hoax, and it doesn’t appear to be a hoax. Although the inability to question witnesses does reduce the credibility. Certainly, this case is worthy of further study.

Since Kean’s story in the Huffington Post, many media outlets have picked up on it, including Fox and CNN.

CEFAA has had several cases they could not identify over the years. They post their case files online at www.cefaa.gob.cl.