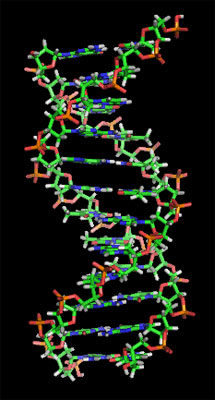 Scientists recently used data from the European Space Agency’s (ESA) HARPS spectrograph in Chile to estimate the presence of tens of billions of planets in the Milky Way galaxy that are likely capable of sustaining life, dramatically increasing the odds of finding life beyond Earth. And a new discovery by scientists may further improve those odds.

As the Daily Mail explains, life as we know it is made up of DNA and RNA, “molecules which can store and transmit genetic information.” But a team of researchers from the University of Cambridge has successfully manufactured synthetic XNAs (xeno-nucleic acids), confirming that at least six other types of molecules can support life.

Researchers theorize that XNA could produce lifeforms as complex as Earth life. The Daily Mail reports, “The new discovery means that it is not necessary for DNA to be present on another planet for there to be a chance of life.”

Much of the search for extraterrestrial life has been based on our understanding of life on Earth. A pair of Princeton scientists recently authored paper that, among other things, points out the flaw in this logic. Edwin Turner, astrophysical sciences professor and one of the paper’s authors, explained to New Jersey newspaper the Times of Trenton, “Our paper really just calls into question one of the few pieces of evidence we use for life elsewhere. The fact that life developed on Earth quickly has encouraged people to think that the probability of it happening elsewhere is quite high.” By using assumptions based on Earth life, this research team found little evidence that life exists outside of Earth.

But with the potentially billions of Earth-like planets in the galaxy, many scientists are optimistic about the odds of finding extraterrestrial life based on the notion of life as we know it. And as more discoveries are made that expand this notion, like XNA, the odds will continue to improve.