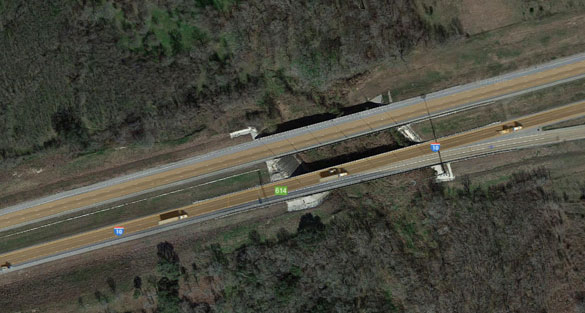 A Texas trucker driving westbound along I-10 near Seguin ignored CB warnings of upcoming UFOs at mile marker 599 until he had his own encounter nearby, according to testimony in Case 65437 from the Mutual UFO Network (MUFON) witness reporting database. 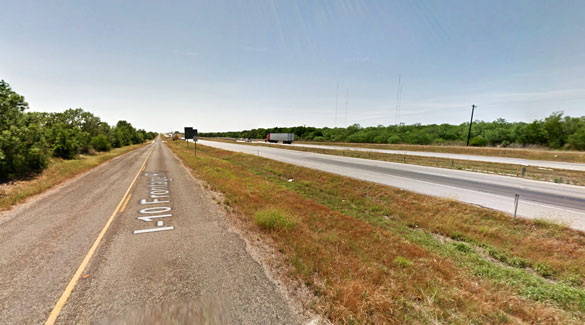 “I ignored it, but they kept talking about these UFOs, strange lights that made a truck crash when the object crossed over the highway at mile marker 599 and emitting intense heat,” the witness stated. “I said some not so pleasant words and drove on.”

But soon the trucker had his own encounter.

“Well at mile marker 614 I saw it through the fog – very bright flood lights on the right. As I got closer I saw the brightest, clearest lights in approximately a 200-foot-wide circle with one light missing. I’m guessing that there were 11 lights in the circle and one in the middle emitting a beam straight to the ground about 15 feet from the roadway.” 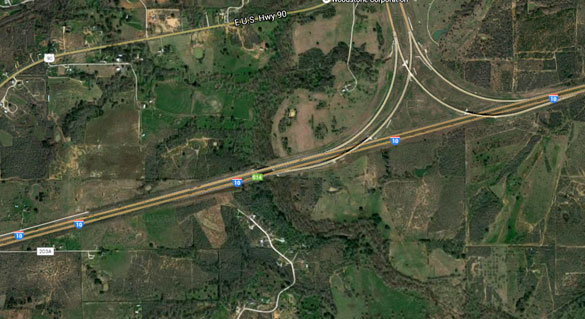 As the earlier witnesses stated, the trucker also felt the heat from the lights.

“As I drove under the objects lights at 65 mph I felt intense heat with the A/C blowing in my face.”

There were multiple objects hovering in the area.

The trucker had not believed in UFO reports before, but seeing was believing for him.

“I have not been a believer in UFOs, but I am now. I have never seen anything like that ever and I used to live on Dugway Proving Grounds in Utah in the early 80s, where I saw lots of strange things fly around real fast and then disappear, but it meant absolutely nothing to me. This scarred me so bad it has changed my life and the way I see it. I will never look into the sky the same way again.”

The trucker felt the intense heat as he drove under the objects. Pictured: The mile marker 614 area. (Credit: Google Maps)

The witness was able to verify that a trucker had indeed turned over at mile marker 599.

“When I got to mile marker 599 there was an 18-wheeler overturned on the westbound side. If any of you truckers that witnessed that heard what I called you, well let this be my apology. I will never doubt again.”

Seguin is a city in and the county seat of Guadalupe County, Texas, population 26,252. Please remember that most UFO sighting can be explained as something natural or man-made. The above quotes were edited for clarity. Please report UFO activity to MUFON.com.