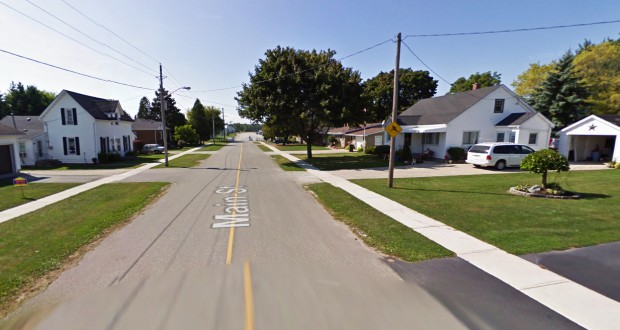 The Wyoming, Ontario witness stated that the object had no wings; no tail section; no sound and maintained a level altitude and moderately slow speed. Pictured: Wyoming, Ontario. (Credit: Google)

A Canadian witness at Wyoming, Ontario, reported watching “an extremely long, silver, cigar-shaped” UFO about 4:30 p.m. on December 29, 2014, according to testimony in Case 62224 from the Mutual UFO Network (MUFON) witness reporting database. 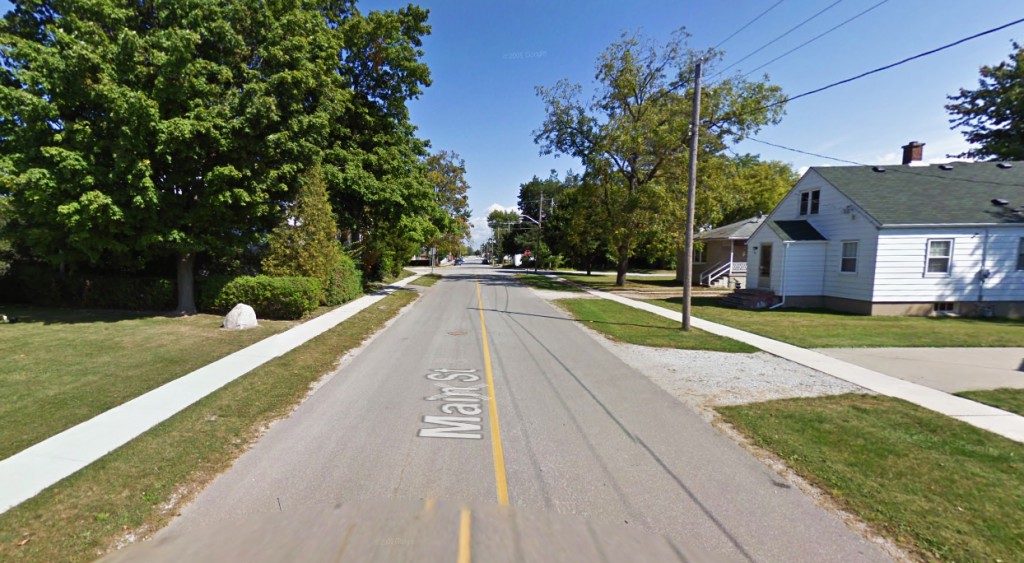 The witness said the object was extremely long and was headed toward Sarnia, Ontario. Pictured: Wyoming, Ontario. (Credit: Google)

The witness was outside in the backyard with a dog when the object was first noticed.

“It was definitely not a blimp,” the witness stated. “Too thin; longer than a Boeing 767-300; no lower ‘navigation basket/viewing’ area; extremely long, thin, cigar shape. No wings; no tail section; no sound and maintained level altitude and moderately slow speed.”

The witness described the object’s direction.

“Headed towards Sarnia, Ontario, but when it went into a white cloud, it did not come out of the other side of the cloud. It was silver and the sunlight reflected off of it.” 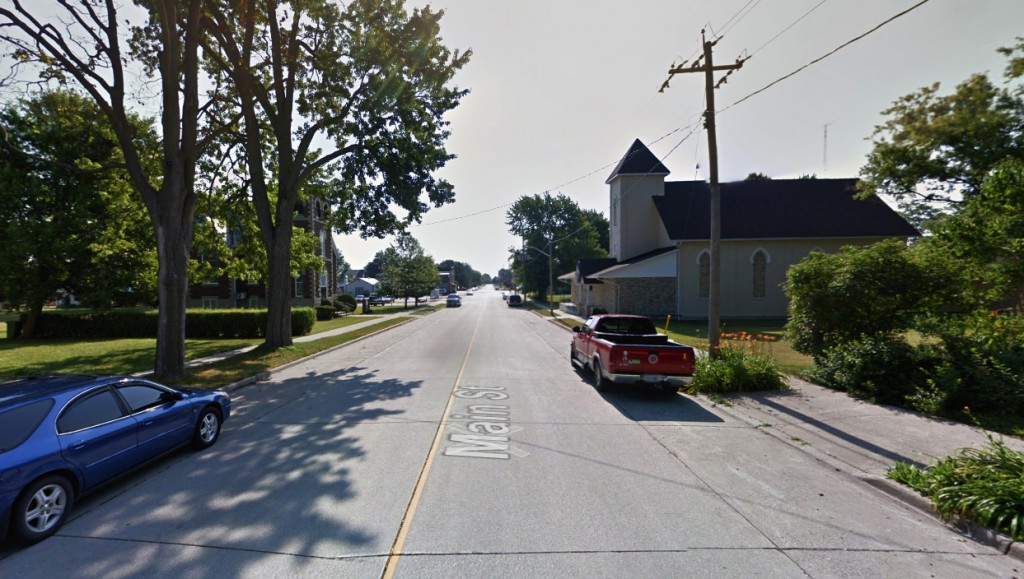 The witness watched as the cigar-shaped object moved into a cloud, but did not come out the other side about 4:30 p.m. on December 29, 2014. Pictured: Wyoming, Ontario. (Credit: Google)

We previously reported that a Canadian business jet pilot approaching Springbank Airport just west of Calgary, Alberta, reported watching a cigar-shaped UFO flying low to the ground about mid-morning on December 17, 2014, according to testimony in Case 62198.

Wyoming has a population of 2,333. Please remember that most UFO sighting can be explained as something natural or man-made. The above quotes were edited for clarity. Please report UFO activity to MUFON.com.