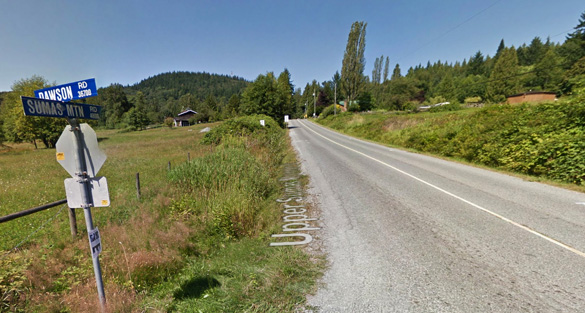 A Canadian witness at Abbotsford, British Columbia, recalled a frightening experience with a silent, egg-shaped object that hovered nearby for three minutes before moving away at “warp drive,” according to June 6, 2014, testimony in Case 56883 from the Mutual UFO Network (MUFON) witness reporting database.

The events occurred in May 1975 as the reporting witness and a friend were walking home as they reached the crest of a hill facing north at the Sumas Mt. Road and Dawson Road intersection. 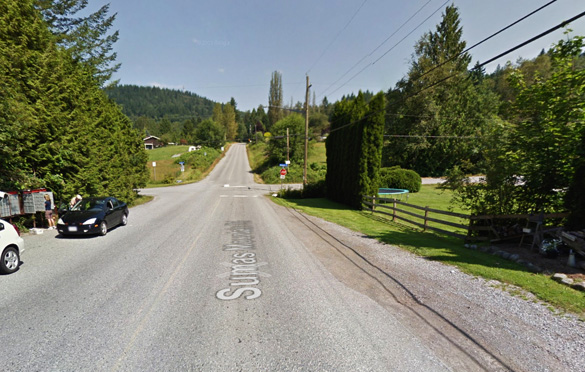 The two witnesses were walking near the intersection of Sumas Mt. Road and Dawson Road, pictured, when they encountered the egg-shaped object. (Credit: Google)

“As we crested this hill I noticed an object out of the corner of my eye,” the witness stated. “And as I looked to the west I saw this object – soft yellow – moving toward us. We stood there for about two minutes as it slowly moved toward us – arguing as to what it might be.”

The two quickly ruled out an airplane as it was moving too slow or a helicopter because it was not making any sound. 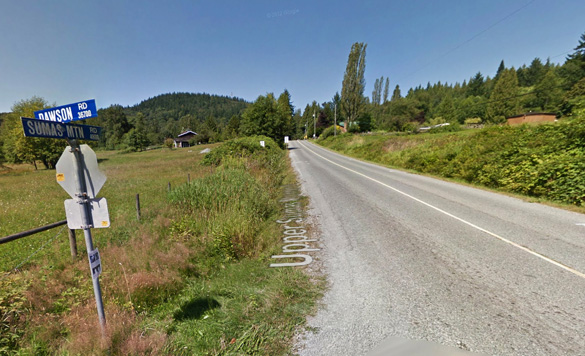 The witnesses were startled while walking home near the intersection of Sumas Mt. Road and Dawson Road, pictured, as the UFO came toward them and hovered directly in front of them. (Credit: Google)

“Well it keeps coming closer. Now keep in mind on Sumas Mountain at night if a neighbor dropped a tire iron the whole mountain top would hear it. This hill before the four corners is like a knoll where you could see back and then clearly to the west, north and clearly to the east.”

Then the object stopped directly in front of them and the two froze.

“I could hear my heart pounding in my chest. The vessel hovered for around three minutes. Then it starts to leave slowly at first. Then it went into like a warp drive. As it rose up the eastern mountain side it maintained the level of a plane. It seemed like it used the side of the mountain as a launch ramp.”

“It was egg-shaped but with a substantially flattened bottom – no visible ports or windows – no sound – not a wisp – no visible exhaust. Also it was the size of a small house – 30 to 50 feet in diameter.”

The object left a trail as it moved away.

“We lost sight as it hyper-drove into the night starlit sky. It actually left a steak of light and then went blink – like a star – and turned off.” 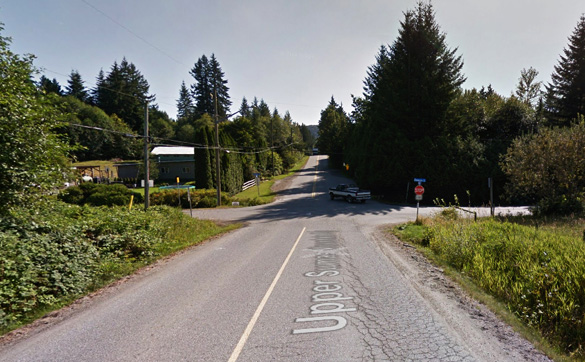 The reporting witness came forward after 39 years to recall an odd encounter at the intersection of Sumas Mt. Road and Dawson Road, pictured. (Credit: Google)

Abbotsford is a city in the Lower Mainland region of British Columbia, adjacent to Greater Vancouver, population 133,497. MUFON Canada is investigating.