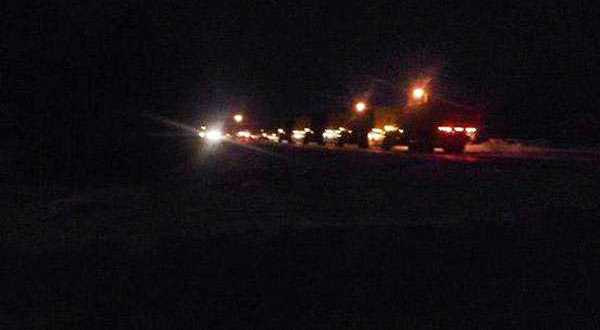 Chris Rutkowski reported that ‘someone posted a nighttime shot of vehicles on the ice.’ The Canadian military quickly revealed it was a training excersie. (Credit: Christ Rutkowski, Ufology Research)

Canada’s CBC News was in touch with Canadian military who reported that the Manitoba sighting report was actually an airplane from a training exercise.

“Chris actually spoke to people on the Jakehead First Nations reserve,” Bundy said, “who said nothing was happening, and that there wasn’t a crash of anything, let alone a flying disk.”

Multiple websites and social media picked up on the news and continued to report that a UFO had crashed in that area and that Canadian military had moved in and was sequestering the locals.