A California witness at Rancho Cordova reported watching and videotaping a low flying, triangle-shaped UFO that moved toward his vehicle and passed just 50 feet above at 5:43 p.m. on December 13, 2015, according to testimony in Case 73133 from the Mutual UFO Network (MUFON) witness reporting database. 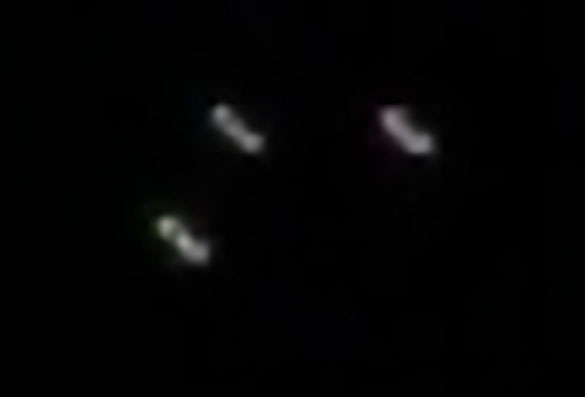 The witness began videotaping what appeared to be a low flying, triangle-shaped UFO on December 13, 2015. Pictured: Cropped and enlarged still frame from the witness video. (Credit: MUFON)

The witness and his family were leaving Rancho Cordova and had gotten on a freeway when they first noticed what appeared to be a triangular-shaped craft in the distance.

“In a few seconds, as we got onto the highway, the object had completely changed directions and was heading in our path,” the witness stated.“All of a sudden it was about 50 feet above our car and it went off in the distance heading west when all of a sudden it sped up to incredible speeds and left.” 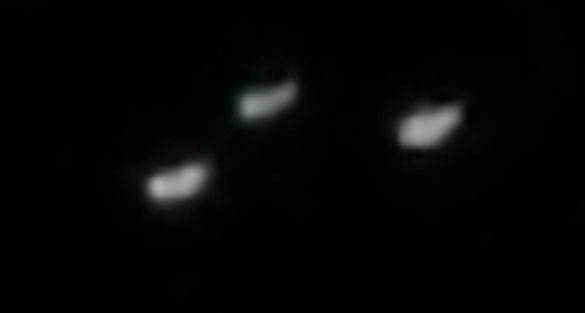 The UFO appeared to be hovering at first. The object then moved directly over them at an estimated altitude of only 50 feet. Pictured: Cropped and enlarged still frame from the witness video. (Credit: MUFON)

The witness submitted one piece of video with the report, which was filed with MUFON on December 14, 2015. MUFON California is investigating the case.

Rancho Cordova is a city in Sacramento County, California, population 64,776. Please remember that most UFO sightings can be explained as something natural or man-made. The above quotes were edited for clarity. Please report UFO activity to MUFON.com.