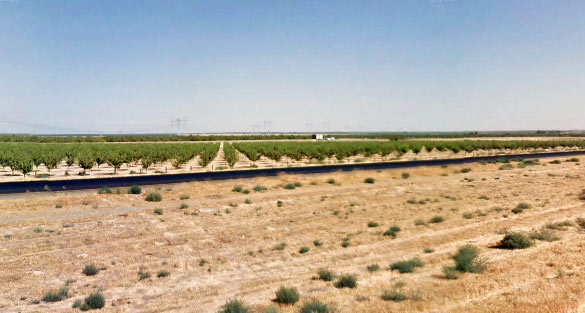 Two California witnesses southbound along Highway 5 in Coalinga reported watching a slow moving, triangle-shaped UFO “with three huge, white lights on the underside” that descended to just 20 feet over their vehicle, according to June 2, 2014, testimony in Case 56732 from the Mutual UFO Network (MUFON) witness reporting database.

The reporting witness was driving with a passenger in the vehicle heading to Phoenix when the object was first seen and thought to be a plane about midnight on May 29, 2014.

“It flew straight up and over us,” the reporting witness stated.  “It went up quick in a field and then flew right over us, slowly.” 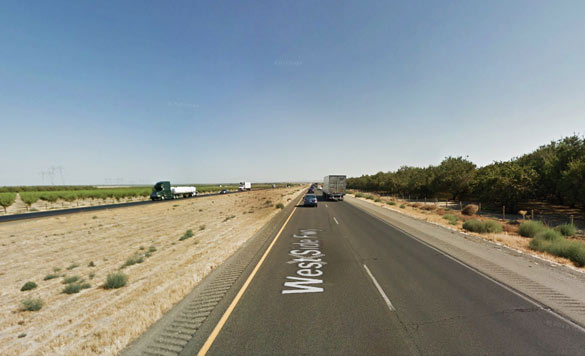 “It had three huge, white lights on the underside. It took off straight towards us and I thought, why would a plane fly so low? When I saw the underside with the huge white, round lights, it was dark in color with sharp edges, triangle-shaped with no other lights. It flew above us maybe 20 feet.”

The object then moved over a nearby field and appeared to land.

The witness pulled over for a better look.

“There was a huge glowing light. I was in disbelief and totally amazed. I was very glad to have a witness with me who saw the same. It was truly unbelievable.”

The witness moved to another location hoping to continue to watch the object.

“We went to a rest stop a mile away and watched the glowing light. There was no way to see since it was far into the field.” 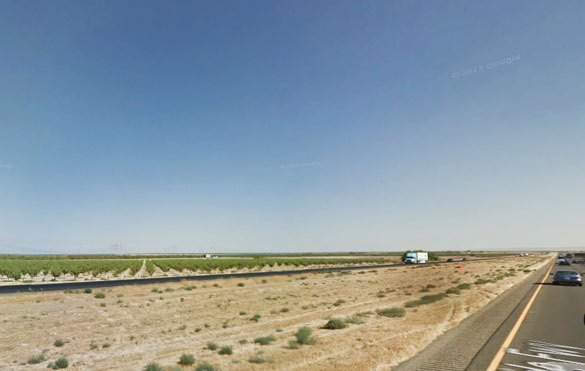 There are lots of open fields along Highway 5 near Coalinga, CA, where the witness reports that the triangle-shaped object landed. (Credit: Google.)

Coalinga is a city in Fresno County, CA, population 13,380. California MUFON is investigating.  California has a current UFO Alert Rating of 2 with a high number of recent reports nationally. California had 102 UFO reports in May 2014 – the highest reporting state in the nation. The above quotes were edited for clarity. Please report UFO activity to MUFON.com.