California crop circle turns out to be marketing stunt

There has been a lot of news about a crop circle formation that turned up near Chualar in the Salinas Valley in California, but it didn’t fool the experts, which is a good thing, because it turned out to be a marketing stunt by a computer chip company.

Last Monday, December 30, a large crop circle taking up an acre of land was discovered in a field in the Salinas Valley. Weirdly, there were security guards posted to make sure people did not go into the field, and they would not say who they worked for. The farmer who owned the land claimed he was not aware of the crop circle.

The formation had a large ring on the perimeter with three circles of various sizes on it. Inside the circle was a square shaped object with other strange shapes. Along with the circle there was also a YouTube video anonymously posted of a couple of men spotting green flashing lights in the field. In the video the two men jump a fence and find the circle, then run off.

The next day stories cropped about Braille experts reporting the formation repeated the numbers 192 over and over in Braille. Other people noticed that the circles on the perimeter of the ring were at the 1, 9, and 2 positions on a clock.

Braille transcriber Debra Falanga told Central Coast Action News 8, “It’s fascinating. I don’t know what it means, but it’s readable,” she said. “Those dots are in very specific order. It’s so perfect it’s almost like a machine did it. They are not off in any way, shape, or form.”

With all of the commotion, the farmer says there were too many people visiting his field and he mowed it over.

The story of the circle made headlines around the world, and many speculated about its origins. A local resident suspected that it might be the work of aliens. Crop circle expert Nancy Talbott was not so sure. She told the Monterrey Herald that she thought it was man-made.

Talbott told the Herald, “It looks very mechanical,” she said. “… It doesn’t look the way most of the genuine circles I’ve worked on look. That doesn’t mean I’m right.”

British crop circle expert Colin Andrews was also skeptical. He said he thought it might be a publicity stunt.

Talbott and Andrews were spot on. Yesterday the Nvidia Corporation wrote a blog explaining how they paid and flew in crop circle makers to create the formation. They wrote, “We simply couldn’t think of any other way to explain that our new Tegra K1 processor, with 192 graphics cores, can do things no other technology — on this planet, at least — could.”

The blog also says they were also surprised on how much press their crop circle got. They write:

While we were hoping to get the word out — we even created a video showing the crop circle’s discovery to spread the mystery and the fun — we didn’t’t realize how big this thing would get. The story quickly went global, with websites and television stations as far away as Mongolia and Hungary reporting the story.

Nvidia also posted a video explaining how and why they created the circle, along with a healthy amount of promotion for their new processor. That video can be seen at the top of this story. 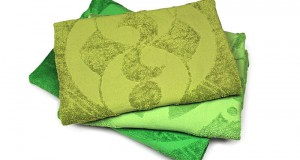 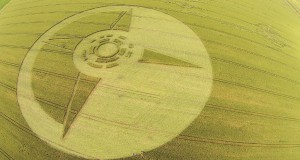