A Great Britain witness at Gosport reported watching and videotaping three lights that at times formed a triangle low in the sky and made random movements before all disappearing from view, according to testimony in Case 81450 from the Mutual UFO Network (MUFON) witness reporting database. 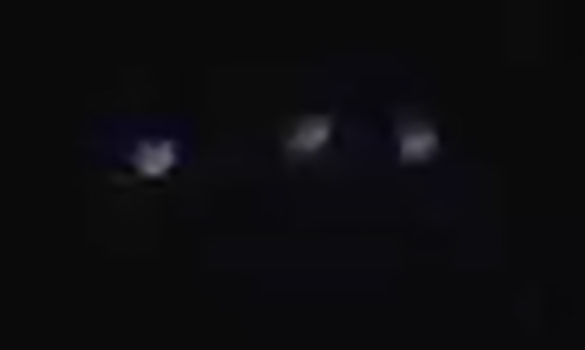 “I noticed three green lights at around a 30-degree angle northwest of my position,” the witness stated.“Distance and height were too difficult to estimate from my position, but after checking on Google maps there are mostly only fields in that direction. The postcode I observed from was PO13 0HR.”

“The lights were evenly spaced in a large triangle formation with one more forward than the others when I first noticed them. They then all turned purple and started to move. You can observe in the video how they moved. I had full zoom using a phone camera so quality isn’t great, but they were all bright purple in color and didn’t change again. They seemed to move in a random manor, moving side-to-side and up and down very quickly and turning very sharply. They would pass each other to swap sides, sometimes coming back to form triangles for a few seconds before moving again.” 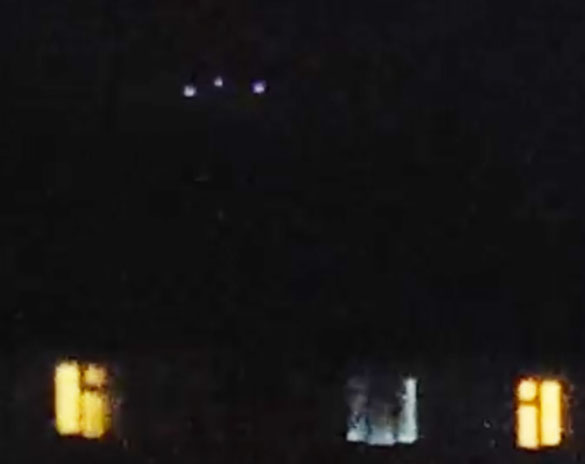 The witness stated that several times it looked as though one moved into another and became one light before breaking apart again.

“They disappeared below the houses several times so that I couldn’t see from my position what they were doing until the final time when I waited several minutes before giving up that they wouldn’t appear again. So whatever it was possibly landed because they didn’t appear above the houses again.”

The witness went back inside the building onto the second level to view from a higher angle and could see one light again just above the house, but it quickly disappeared downwards.

“That was the last I saw of them. They never went higher than the initial height I observed them at. There were no other aircraft I noticed in the area, although there is a small airfield behind my position. The weather was dry (although rain earlier in the day), the sky seemed clear, stars were visible overhead but none visible at the angle/height of these lights, presumably because of light pollution. When I left where I was 30 minutes later, the sky around the area where the lights were was a hazy red color. The rest of the sky in the surrounding area was black, but this area specifically was a different color. I thought this might be some kind of heavy light pollution in that direction, but according to Google maps, there are mostly just fields there, nothing that would give off unusual light pollution.” 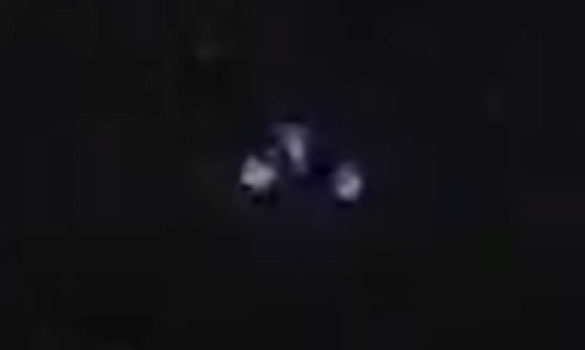 Gosport is a town and borough on the coast of Hampshire in southern England, population 82,622. Great Britain National Director Jack Turnbull investigated this case and closed it as an Unknown. Please remember that most UFO sightings can be explained as something natural or man-made. The above quotes were edited for clarity. Please report UFO activity to MUFON.com.