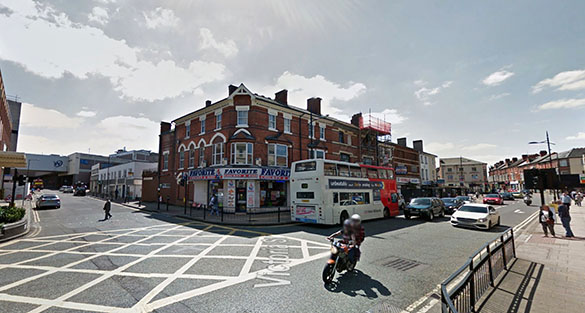 A British witness at Wolverhampton recalled a UFO incident from 2007 when a triangle-shaped object was seen hovering under 60 feet off the ground, according to testimony in Case 81208 from the Mutual UFO Network (MUFON) witness reporting database. 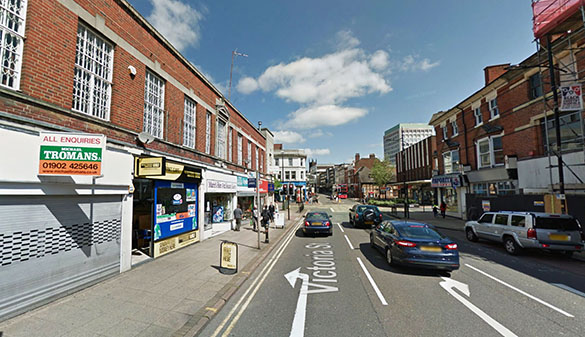 The witness first saw the object as having 40 feet in height and hovering under 60 feet off the ground. Pictured: Wolverhampton, United Kingdom. Credit: Google.

The witness was outside walking along a “previously busy lane” in an industrial area about 7:10 p.m. on October 25, 2007, when the incident occurred.

“Having just crossed over a railway bridge, I looked up across the land to my left and saw a triangular UFO,” the witness stated. “It was equilateral, around 40 feet in height and hovered vertically at about 50 or 60 feet. It was dark/black, had three lights at each apex and one in the center. They were mainly white though changed to rose gold and red pink at times and intermittently flashed on and off.” 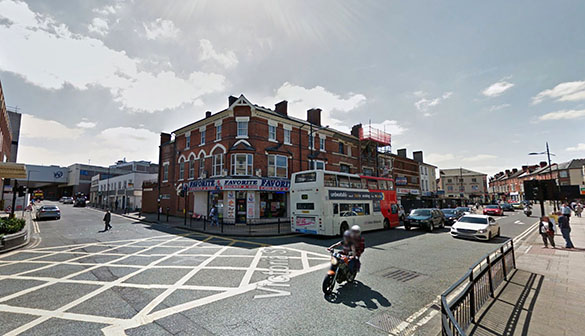 The witness described what happened next.

“The UFO, still in the vertical plane, hovered 100 feet to the east and more adjacent to my view. Now, clearly above a timber yard, it moved short distances, to the left, right, down and up. After around two minutes from the first sighting, the UFO, then stationary and still vertical, transformed into a giant spherical, white light, which disappeared and five lights shot upwards and outwards in different directions at great speed.”

“With hindsight, I realize I watched the whole thing very calmly and objectively, which surprises me as it was one of the most astonishing and life changing events I have witnessed and has led to an enormous fascination with the UFO phenomena. I feel very lucky indeed.” 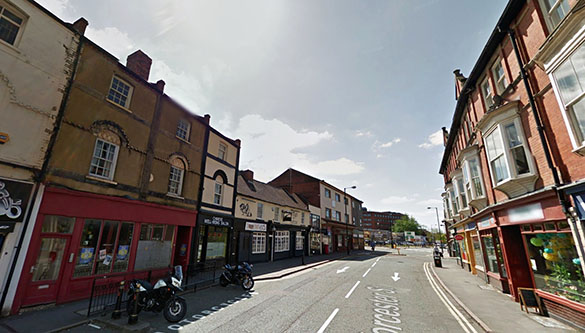 Wolverhampton is a city and metropolitan borough in the West Midlands, England, population 249,470. MUFON United Kingdom Field Investigator Andrew Akers is investigating. Please remember that most UFO sightings can be explained as something natural or man-made. The above quotes were edited for clarity. Please report UFO activity to MUFON.com.