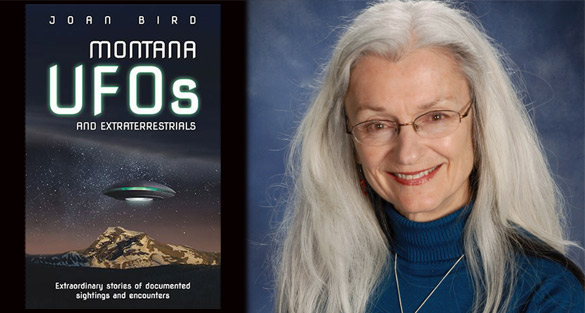 An author will present a lecture about UFOs and extraterrestrials at the Great Falls Festival of the Book in Great Falls, Montana. 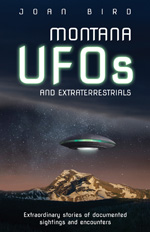 Bird’s book contains many fascinating stories, including the story of “The Montana Movie.” This UFO incident occurred in August of 1950. Nick Mariana, the general manager of a local minor league baseball team, reported seeing two bright, silvery, disc-shaped aerial objects in the daytime sky. His secretary, Virginia Raunig, reportedly witnessed these UFOs as well. Intrigued, Mariana raced to grab his film camera from his car. Not many people had film cameras in 1950. But, as Bird explains in her book, Mariana was a graduate of the University of Montana School of Journalism. After capturing a train wreck on film, he kept his Revere 16mm magazine turret movie camera in his car so he would always be prepared to capture anything newsworthy. His preparedness paid off that day, as he was able to capture the UFOs on film for fifteen seconds. 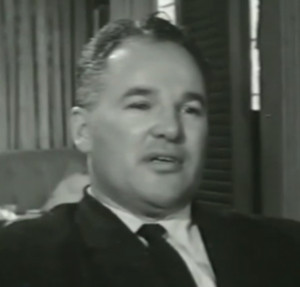 According to his testimony in the 1956 documentary film U.F.O.: Unidentified Flying Objects, Mariana described:

The discs appeared to be spinning like a top, and were about fifty feet across and about fifty yards apart. I could not see any exhaust, wings, or any kind of fuselage. There was no cabin, no odor, no sound, except I thought I heard a whooshing sound when I first saw them. As the film clicked through the camera, I could see the objects moving southwest behind the General Mills grain building, and the black water tank directly south of the ballpark. I filmed the objects until they disappeared into the blue sky, behind the water tank.

Mariana notified local afternoon daily newspaper the Great Falls Leader about his sighting and about his film, which prompted the paper to run a front-page story that same day. The case was investigated by the United States Air Force. And after much analysis, The Condon Committee, an air force-funded UFO study at the University of Colorado, concluded that the evidence eliminated the possibility that the objects were birds, balloons, mirages, or meteors, and they considered it unlikely, but not impossible, that the objects were jets. The report designated the incident as unexplained.

This is just one of the fantastic stories included in Bird’s book.

The 14th annual Great Falls Festival of the Book starts on April 23 and runs through May 3. All festival events are free and open to the public.