In the world today, video and cell phone cameras number in the billions. Humans have at their fingertips, access to a proliferation of technology that allows them to record UFO and alleged alien activity. When it comes to documenting UFO and ET events, technology can be our best friend and our worst enemy. Along with the tremendous advances in consumer media, there has been an increased interest by some in devising hoaxes, often utilizing simple home-based computer graphics and movie making software. Viral video hoaxes and other faked events have increased at a staggering rate and their impact on legitimate research cannot be ignored. What role does Hollywood and the Media play in disclosure? Are we being prepared or deceived? Will disclosure be brought about and shared ultimately by capturing events on video? Hansen will discuss these topics and the trends which technology use has created and its influence on belief and ultimate discovery of the truth. 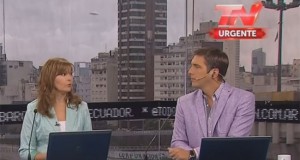