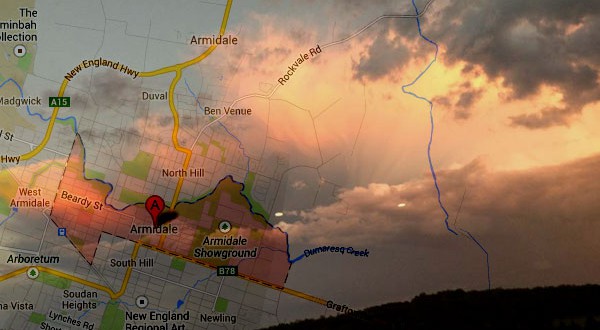 A woman snapped a photo that shows two orb UFOs in the sky above the Australian city of Armidale in New South Wales. 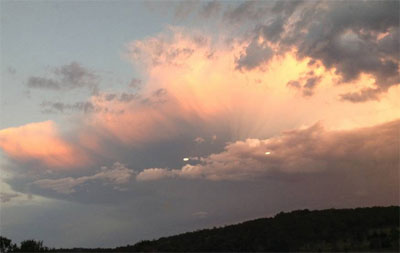 Vangie Esterbauer shot the photo last week from an undisclosed location somewhere along Armidale’s Rockvale Road. The witness says the two objects in the photo are not airplanes. And Eran Segev from Australian Skeptics Inc. agrees. But he also does not think the photographed orbs were in the sky either. Segev does not suspect the photo is a fake, but as he explains to The Armidale Express, he believes the two orbs in the photo are simply reflections of light.

He suggests to the Express that the photo was likely taken from behind a window because “there are several reflective artefacts” in the photo. If that is the case, it certainly increases the possibility that the orbs were the reflections of lights hanging behind the photographer. Segev adds, “I’m not an expert on these things but as an amateur photographer I’m almost 100 per cent sure that’s what it is.”

The reflection possibility could be supported or eliminated with clarification from the photographer. But, so far, it is unclear if the photo was taken from behind a window or not.