An Australian witness at Eungella reported watching and photographing a cylinder-shaped object moving about 500 feet overhead in a straight line without noticeable sound, according to testimony in Case 82637 from the Mutual UFO Network (MUFON) witness reporting database. 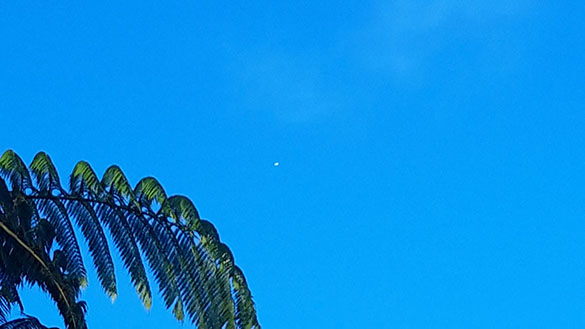 “My son looked up at the sky, pointed and said, ‘moon?’”the witness stated. “My wife and I looked to see what he was pointing at and we saw a white, cylindrical or rectangular object above the clouds and travelling from south to north at a fast rate.”

The witness immediately noted the direction of wind in the area.

“The wind was blowing in the same direction; however, this object did not look like a balloon, but a solid, reflective structure.” 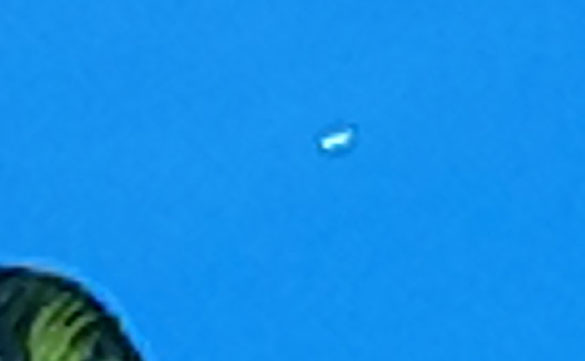 The witness quickly ran inside the house and retrieved his wife’s tablet, turned the camera on, and zoomed in on the object, managing to take three digital photos and one short video.

“My wife suggested the object might be a glider, but no person was seen and it did not have the shape one would expect to see. This was definitely cylindrical or rectangular in shape. It was also quite high, at least 400-500 feet or more above us, and made no sound or noise we could hear. The object appeared to be quite big, possibly 10-20 feet in length or longer, and was moving in a straight-line. We live in a sparsely populated area with thick rainforest, so this was a strange sight to see. This object was witnessed by me, my wife and son. The entire event lasted not more than 5 minutes before sighting of the object was lost over the trees.”

Eungella is an Australian township nestled on the edge of the Clarke Range at the end of the Pioneer Valley 80 km west of Mackay, and 858 km northwest of Brisbane. 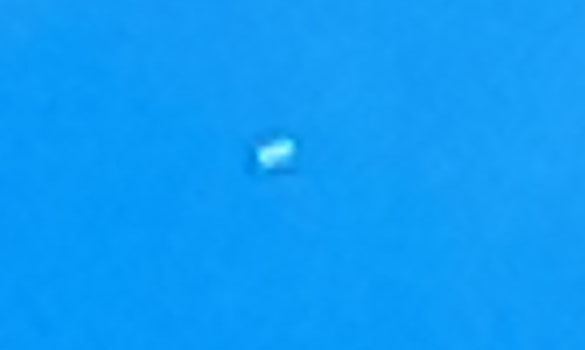 MUFON Australia Field Investigator Kent May closed this case as an Unknown.

“The witness submitted directly to me the photographic and video evidence,” May stated in his report. “Unfortunately, the video footage is not good enough to submit, but is kept on file for future reference. Due to the speed of the object the UFO was constantly moving in and out of the video camera view finder. The photographic evidence was uploaded to image detecting websites and the images appear to be genuine. The witness has been cooperative and I find him to be a credible witness. Due to the distance of the object being rather close, no searches where conducted for satellites. There are several other UFO sightings posted over the past years in the same area of Eungella. The submitted sighting was witnessed by the witness, his partner and their child. I have no doubt in believing what the witness saw was described to the best of his ability.”