Home / Articles / August was a busy month for UFOs in China
China’s media had a busy month with credible UFO sightings and dubious UFO videos.

August was a busy month for UFOs in China 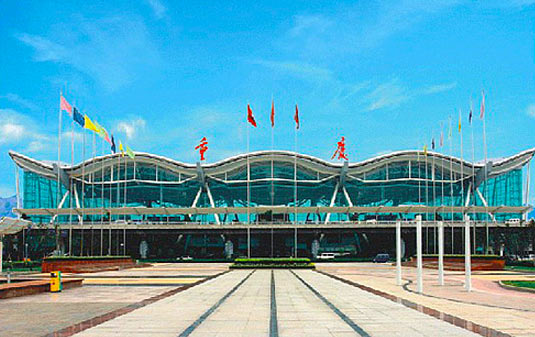 Jiangbei Airport was shut down for an hour on August 17, 2011 due to UFO sightings. (image credit: Holiday China Tour)

China’s media had a busy month with credible UFO sightings and dubious UFO videos. UFOs shut down an airport and were sighted by pilots from Shanghai to Beijing. As if on cue, or perhaps as a result of the UFO media coverage, videos started popping up. The question is: Are they real, or just people making hoaxed video to take advantage of the UFO focus?

According to Fox News, on Wednesday, August 17, UFO reports caused a major airport in the city Chongqing, China to divert flights. Witnesses reported a round glowing object circling Jiangbei International Airport for nearly 50 minutes. Some have speculated that the object was a hot air balloon or a Chinese lantern. However, there has been no official statement as to what the object really was.

Last summer, on July 7, a similar incident took place which garnered international media attention. Xiaoshan airport in Hangzhou, China was closed for an hour due to UFO sightings. Although the media misreported much of the event, the core story was based off of pilots and passengers who saw a mysterious light over the airport when landing. Like this year’s event in Chongqing, there was never an official answer as to what the object was. One writer speculated that it could be very wealthy pilots who often fly into airport unannounced. 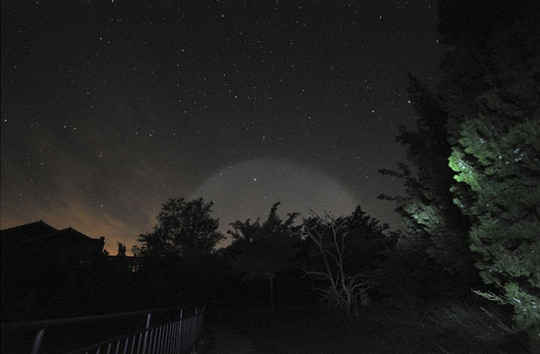 One of several pictures taken of the glowing ball of light over Shanghai on August 20, 2011.

On August 20, another spectacular sighting was reported by several pilots in Shanghai. They described a ball of light that was thousands of meters above the city that grew until is faded out and disappeared. The object was described as several times larger than the moon and estimated to be 92 kilometers wide before it vanished. At the same time, the same object was reported above Beijing. 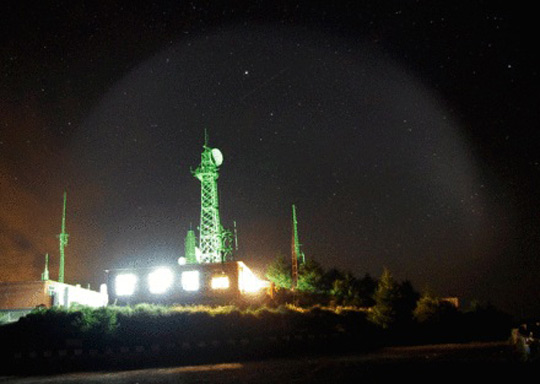 There were hundreds if not thousands of witnesses, many of them astronomers. Some have speculated that it could be caused by rocket launches, or chemicals emitted by some other device, such as a satellite. It is unclear whether the witnesses in Beijing and Shanghai were witnessing the same phenomenon. The two cities are over 500 miles apart. 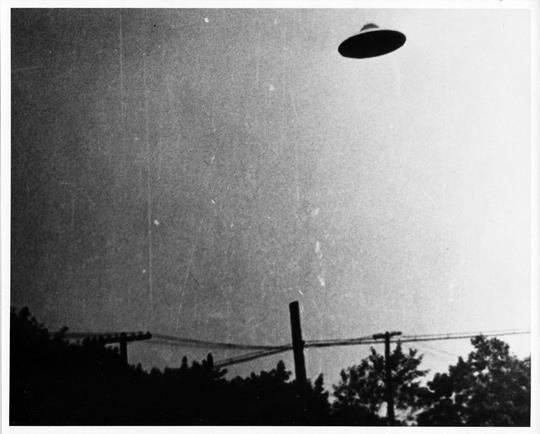 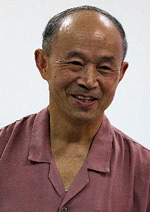 Planetary astronomer, Wang Sichao, of the Chinese Academy of Sciences’ Purple Mountain Observatory, said “this object could be a special spacecraft that can hardly be explained with current aircraft technology.” Sichao is no novice when it comes to UFO sightings. He has been investigating the phenomenon for decades.

All of this excitement has been keeping Chinese news sites buzzing about UFOs, and in the midst of the hype several alleged UFO videos have appeared. The one which has gotten the most mileage is alleged to have been taken in Guangzhou. The video is only 30 seconds long and shows an object hovering over a lake. According to one report, the video has gotten over 4 million views on China’s most popular video sharing site, and was the eighth most searched for item on China’s most popular search engine yesterday. A recent report on the video says the hoaxer has confessed and apologized for the deception.

Incidentally, late last year Sichao made headlines when he predicted that there could be an increase in UFO sightings in China. He told the Beijing Review: “It does not mean large numbers of UFOs but refers to events of credible facts backed by observation. But these facts cannot yet be explained by existing scientific knowledge or natural phenomena.” 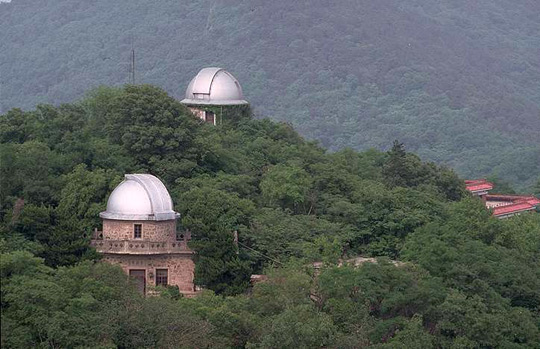 Without official explanations as to what has been seen over Chongqing, Shanghai and Beijing, Sichao’s statements have borne out to be spot-on.