Astronaut says ETs exist, but not on Earth 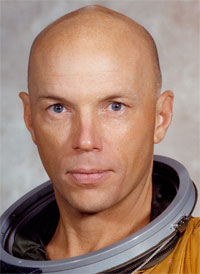 Story Musgrave, who flew on six shuttle missions, believes extraterrestrial life is out there. Apollo astronaut Edgar Mitchell also believes in extraterrestrials, and believes they are here on Earth. Musgrave, however, doesn’t share that belief. As he explained to the Huffington Post, “Some astronauts have been quoted as saying they think they’re [aliens] out there — I have seen their evidence, and for me, it’s not evidence.” But he goes on to explain, “I feel that they’re everywhere out there and they’re doing interstellar travel — we’ll think differently about ourselves once we accept that.”

Musgrave will be the keynote speaker next week at the 42nd annual MUFON symposium in Irvine, California. The theme of this year’s symposium is “ET Contact: The Implications for Science and Society.” Musgrave recently described his upcoming presentation to the Huffington Post: “I’m going to tell them that, for me, and my interpretation of everything that’s come my way, I cannot arrive at the idea that we have been visited — either in the past or now.”

MUFON is the largest UFO research organization in the world. The 42nd annual MUFON symposium runs from July 29-31. Watch the event’s promotional video below.