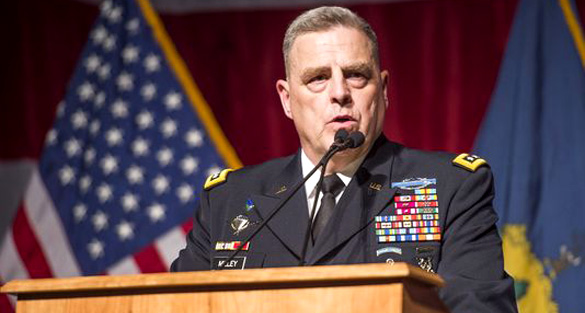 In a speech last week at Norwich University, General Mark A. Milley, Chief of Staff for the U.S. Army, told the audience, many of whom were ROTC cadets, that in the future the cadets will be dealing with, among other things, “hybrid armies” and “little green men.” Some UFOers have assumed this to be an admission that armies of aliens and their alien/human hybrids are threatening the Earth. However, both of those are military terms that mean something entirely different.

Milley made the remarks at an event marking the 100th anniversary of the ROTC program. His speech emphasized the qualities that will be important for the cadets in the future, especially given the increasing complexity of world conflicts. 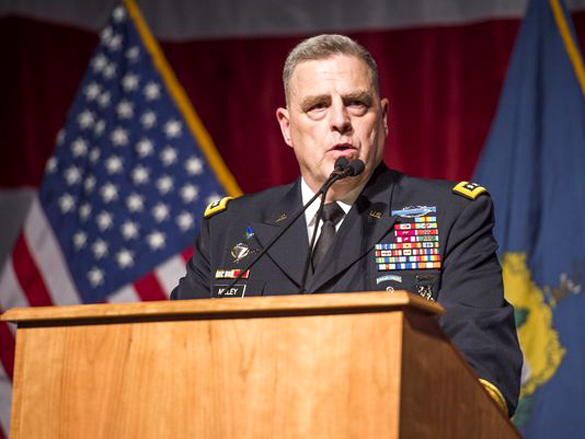 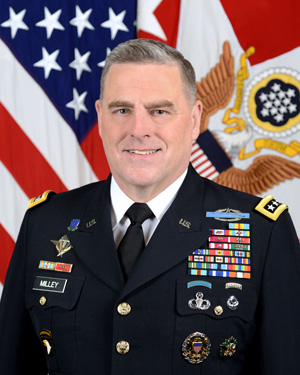 His statements appear to be shocking. He seems to be telling the cadets that he knows from experience they will be fighting aliens! And what about hybrid armies? What are those? They sound terrifying.

Those familiar with terminology used in the study of alleged alien abduction know hybrids to be beings that are half alien and half human. This has lead some websites to proclaim that the Army has admitted they are preparing for battle with aliens!

However, this is not the case. Both of these are terms that are being used by the military to mean something other than aliens. “Hybrid armies” is actually referring to the mix of conventional and non-conventional nature of many of our enemies. For instance, some of them are non-state combatants, or terrorists that do not belong to a recognized state, like ISIS.

These armies might also be using a mixture of tactics, such as an army that includes cyber warfare. It is a new term, but essentially represents the complex and non-traditional makeup of combat forces.

So what about the “little green men?” These are the forces that were seen in the Ukraine that the are believed to be Russian special forces. They are Russian forces deployed in Ukraine and Crimea, but they wear unmarked uniforms and drive unmarked vehicles. Russia has denied they have deployed these forces. It has been a strange case of everyone knowing who they really are, but their identities being officially denied. 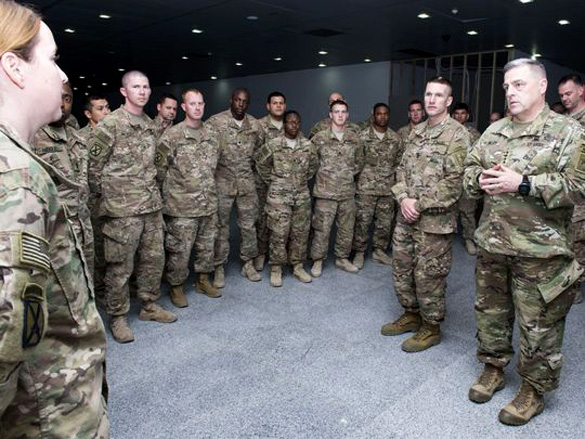 Army Chief of Staff Gen. Mark Milley is not briefing cadets about an alien threat. He is actually talking to soldiers serving in Erbil, Iraq, Dec. 18. Milley was on a five day tour of the U.S. Central Command area of responsibility. (Photo: Staff Sgt. Chuck Burden/Army)

So, Milley was not warning the cadets about aliens, but perhaps just as scary, he was warning them about the complex makeup of the enemies they will face. This includes terrorist, armies without states, cyber warfare, and unidentified armies working covertly.

If Milley is hiding a secret about the U.S. engaging in a secret battle with aliens, he hasn’t let it slip, yet. Either there is no such battle, or he figured he freaked out the cadets enough. He might have reckoned adding the aliens thing could have made them all go screaming out of the room.

UPDATE 4/29/2016: Army Times posted an article on the misinterpretation of Milley’s comments by UFO enthusiasts and mentioned this story. Read it here.