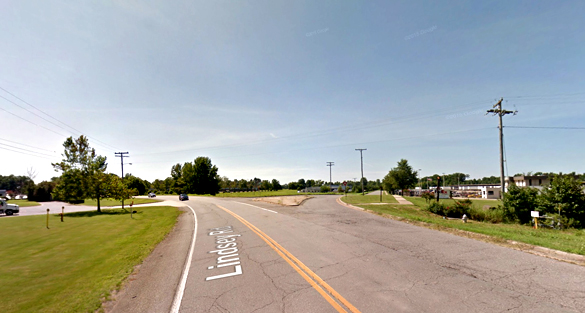 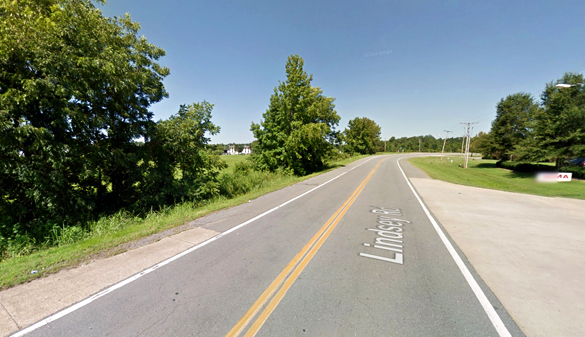 The witness was westbound along Lindsey Road at 1:01 a.m. on August 21, 2016, under cloudy skies when the incident occurred.

“I was at the curve in the road, approaching the FedEx facility when out my driver’s side window I saw an incredibly intense white, spiraling light streaking across the sky at an incredible speed,” the witness stated.“Picture the spiral from Hitchcock’s ‘Vertigo.’ I would say the light reminded me of LED lighting, but much more intense.”

“In the slightly dimmer parts within the spiral, I may have picked up some very faint yellow, somewhat ‘pixelated’ lights. The object was at about 45 degrees in the sky, moving from northwest to southeast. It appeared to be slightly ascending, by approximately 5 degrees in the short time I saw it. When people count using ‘1 Mississippi,’ my sighting would have been more like ‘1M,’as it was moving so fast.” 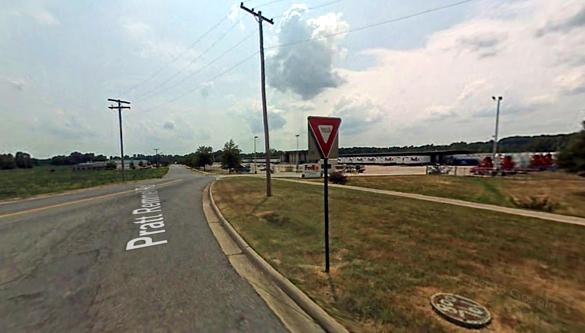 The object was the size of a watermelon at arm’s length. Pictured: Lindsey Road in Little Rock, AR. (Credit: Google)

The witness estimated the size of the object.

“From my vantage point, it was the size of a typical watermelon. It did not appear to be very high in the sky. I had my radio on, but did not hear the sounds or feel the slight vibrations one feels when a plane flies low overhead. I heard nothing and felt nothing. It appeared to me that this spiraling light was the undercarriage of an object, but all my eyes could detect was the light.”

The observation area is near an airport.

“This road is directly south of Little Rock Airport (Clinton Airport). When I got home, I checked the flight schedules. It did not show the departing flights. The last arriving flight was around two hours before my sighting. This airport doesn’t have much air traffic late at night.” 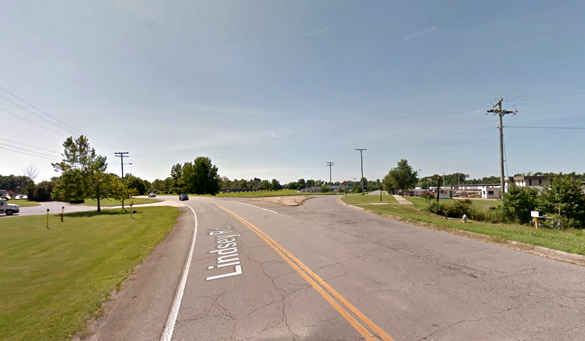 There is also a local air force base.

“I also looked up types of lighting on aircraft, but didn’t see anything similar to what I had seen. Little Rock AFB does do maneuvers at Little Rock Airport runways and in their airspace, but it is a C-130 base. Of course there could be jets from other places from time to time at LRAFB. This object was moving at least as fast as a fighter jet, if not faster. If the object did come from the airport, it seemed to be departing, based on its direction of travel. I have traveled this road for the past eight years and have never seen anything like this. I actually don’t ever see a lot of air traffic even during the day when going to work. I do occasionally see planes at night, but never this late, and they are always easily recognizable as planes. I just would really like to know what I saw.”

No images or videos were included with the MUFON report, which was filed on August 21, 2016. Arkansas MUFON Chief Investigator Jerry Cabiness is investigating. Please remember that most UFO sightings can be explained as something natural or man-made. The above quotes were edited for clarity. Please report UFO activity to MUFON.com.