An Arizona witness at Chandler reported watching a sphere-shaped UFO appear and disappear five times over a three-hour span, according to testimony in Case 78571 from the Mutual UFO Network (MUFON) witness reporting database. 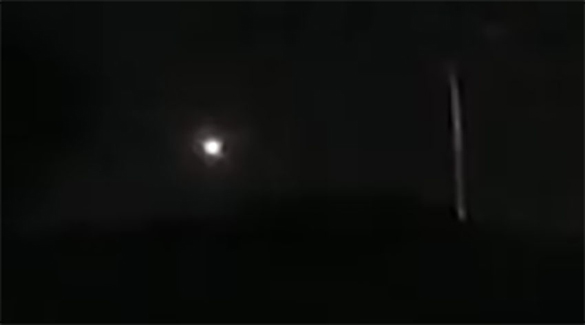 The object appeared five times over a three-hour period. Image is a cropped and enlarged still frame frame from the witness video. (Credit: MUFON)

The witness broke down the three sightings and provided three video clips from the events that began about 9:15 p.m. on August 19, 2016.

“Sighting #18/19/16 (around 9:15p.m. -9:22p.m. PST) – no video,” the witness stated.“The first event occurred northeast of Chandler, Arizona, where I, along with two of my friends noticed an extremely bright light radiating in the sky. As we positioned ourselves better to see what was going on, we noticed two smaller lights below the larger one in the shape of an equilateral triangle.” 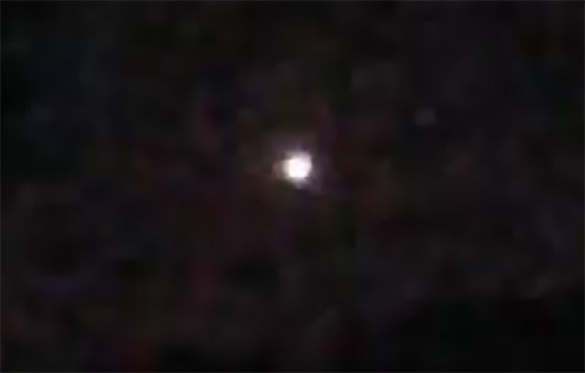 The witness described movements of the lights.

“After a few minutes of hovering without movement, the light on the bottom left disappears, followed by the bottom right light, leaving only the larger light, which slowly began moving and creeping towards the west until it too disappeared after a minute.”

The witness did not record the first event.

“We were in absolute awe over what we just saw, that is until one hour later when it returned.”

The witness recounts the second encounter. 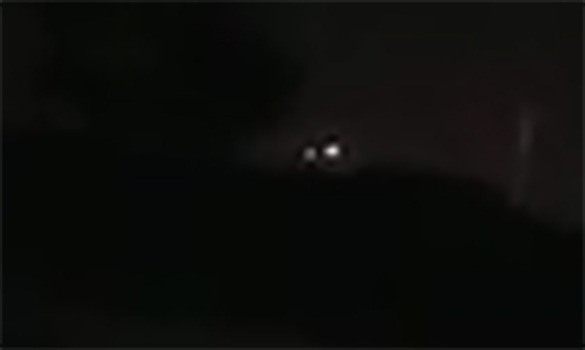 “The following is a description of each video I recorded, along with time stamps for verification. Sighting #2 8/19/16(10:22p.m. -10:27p.m. PST). I recorded two videos of the second sighting. Unfortunately, I did a fairly poor job recording this particular event, but I have two videos of even #2 where you can definitely see the object. Sighting #3 8/19/16 (10:47p.m. -10:52p.m. PST). Okay, this is where you can really start seeing the weird that’s going down. You can see in the beginning a plane flying overhead, clearly moving faster and with the lights blinking like a normal plane, yet the object below is either hovering, or just moving slowly to the west. At 0:56, I zoomed into the object, but the craziest part was at 1:04 when the light flashes then changes from a whole orb into an eerie, doughnut-shaped circle (I did not change the zoom at the moment it changed shape and turned from a single orb into its doughnut-shape).”

The witness did not notice the change.

“I didn’t even notice the doughnut shape until I watched it afterwards since I was holding the phone above my head. During the last minute or so it had moved out of my line of sight so I’m pretty sure the blinking object during or around 4:20 was just a plane.” 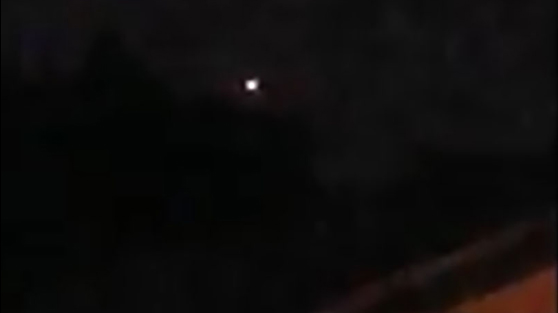 The witness details the next sighting.

“Sighting #4 8/19/16 (11:09p.m. -11:12p.m. PST). Almost 30 minutes later it came back, except unlike with Sightings #2 and #3, there was a second light.They hovered side-by-side for a couple minutes. Unfortunately for this one, I missed recording the craziest part, when after two minutes of hovering still, one of the lights suddenly orbits behind the other, and then disappears. Sighting #5 8/20/16 (12:11a.m. -12:13a.m. PST). An hour later, the light returned, but this time back as one light again. We wanted to get a better view so we walked around the neighborhood to find a better angle. None of the videos were edited, altered, or tampered with in any way. I’ve been searching online all day today trying to find other people who witnessed one or more of the events. I truly want to believe that what I saw was extra-terrestrial, however, I can’t for sure prove that it was. I would love to know if anyone else has recordings, an idea of what this was, or can help breakdown this footage to provide a more rational explanation.”

Arizona MUFON Field Investigator Kristine Wulf is investigating. Please remember that most UFO sightings can be explained as something natural or man-made. The above quotes were edited for clarity. Please report UFO activity to MUFON.com.