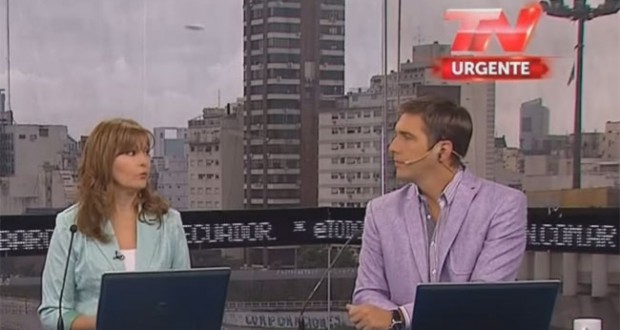 A UFO flew along the skyline in Buenos Aires, Argentina during a live broadcast on February 28 on the Argentine news cable channel Todo Noticias (TN).

YouTube user jmhz71 uploaded video of the moment during this newscast when the disc-shaped UFO is seen moving from left to right across the skyline behind the anchors.

First, Hansen points to the curious lack of any mention of the UFO by TN. Then he highlights issues with the video that suggest the UFO was simply a fabrication.

“I maintain this was most likely an animation hoax because of some common editing errors that appear to be present.” He explains, “If you pause the video right at the 33-second mark, you’ll see that the UFO is superimposed right on top of what appears to be guy-wires which anchor an antenna mast.”

But that’s not the only issue Hansen points out.

He also calls attention to the fact that, at the 40-second mark, “The UFO prematurely disappears before passing behind the brown building.” 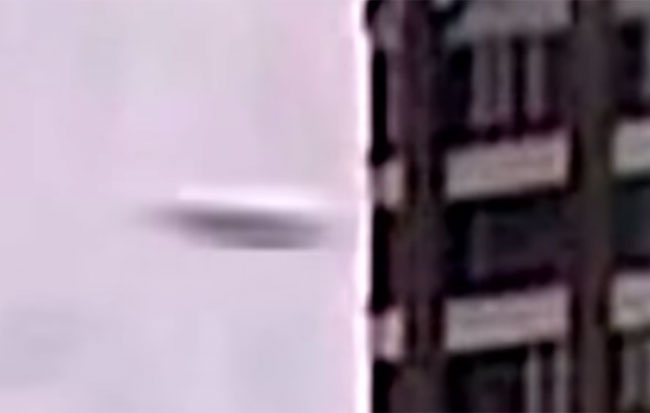 Although these issues highlighted by Hansen are pretty damning, Speigel reports that TN posted a story on its website on Friday, March 6 confirming the alleged Argentina UFO video was a hoax.

Speigel reports, “TN has released an unedited version of the original news broadcast and there is no UFO or any other object in the sky outside the window backdrop behind the news anchor desk where the ‘UFO’ originally appeared.”

TN explains, “The truth is that the video was edited and the UFO was added digitally. Here we show you the original video, without editing, with the full minute from 12:24, the moment in which someone wanted to fabricate a UFO on the air at Todo Noticias.”

It’s unclear if YouTube user jmhz71 is the party responsible for adding a “UFO” to the original news footage.

Update to the Argentinian news cast UFO. http://t.co/uD5zxAHJBI I love it when I'm right. Just wish my fiancée understood how often I am. 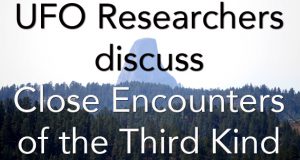