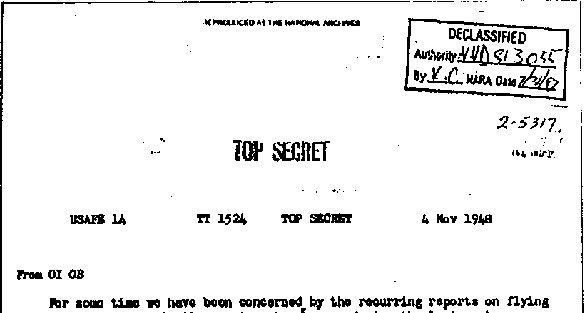 An anonymous witness claiming to have seen thousands of files relating to “UFO/ET” projects while working at the Naval Telecommunication Center at NAS Moffett field in the late 80s, says he is going public because his secrecy agreement has expired and he would like the government to disclose what they know on about UFOs and aliens. As shocking as his claims are, a UFO researcher who formerly worked for the UK’s Ministry of Defence (MoD), says he has “no doubts about [the witness’] background.” 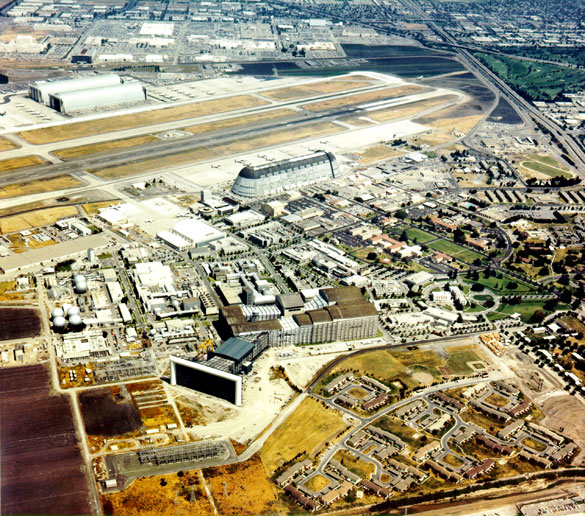 The witness first made his claims via a report in the Mutual UFO Network (MUFON) UFO reporting system. On February 13, 2016, the witness wrote:

I was a Radioman 3rd class petty officer at Naval Telecommunications Center within NAS Moffett Field from Feb 86′ to Oct 89′ having maintained a TS SBI/ESI NATO/SIOP Compartmental Security Clearance. I was required to deliver TS Code word designation COSMIC to SRI, ESL/SYLVANIA, LOCKHEED SKUNKWORKS, TRW, RATHEON, BERKELEY LABS, LAWRENCE LIVERMORE LABS, and other think tanks throughout Silicon valley. In addition we had a GS11 employee who was transferred from a Joint U.S. U.K. Communication station north of London after working at that site for a dozen years. He said it was an NSA/UK facility tasked with tracking UFO including Rendalsham Forest Incident. He said that UFO/ET were real and that hopefully disclosure would happen in my lifetime since he was in his early 60s at the time. I’m not reporting a UFO sighting rather a UFO related experience. I have copies of my security clearances.

I personally handled, viewed and delivered thousands of documents involving UFO/ET Projects. My secrecy agreement with the U.S. Government expired in Oct 2014. At this point in my life I would like to share my knowledge in hopes that someone will be able to use it effectively towards disclosure.

The claims are shocking, but many of the references appear correct. TS is often used in military documents to represent Top Secret. SBI stands for Special Background Investigation, ESI is Exceptionally Sensitive Information and SIOP stands for Single Integrated Operation Plan.

The organizations the man claims to have taken the documents to are companies with defense contracts. SRI presumably stands for the Stanford Research Institute, which is well-known in paranormal circles for its research into topics such as ESP and remote viewing.

Nick Pope, who worked for the UK MoD investigating UFOs in the 90s, told the Daily Express newspaper, “It’s clear from the language he uses and the information he has that he’s a genuine insider.”

“I’ve actually had some personal communication with this individual, and have no doubts about his background.” claims Pope. 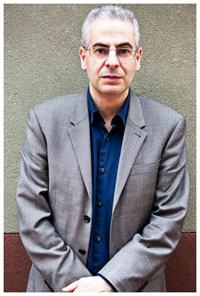 Pope recently appeared at the International UFO Congress, and onstage he made clear he does not condone the release of classified information without going through the proper channels. On his Facebook page, Pope sought to clarify this point and his relations with the alleged witness.

Pope wrote: “To clarify my position and involvement, I’ve been in direct contact with the individual concerned for some time now. I’m working with him and with the [Daily Express] to try to find a way forward that will involve verifying the person’s identity, and verifying the information. That said, I have never endorsed the unauthorized release of classified information, and a key priority will be to seek assurances that any release is both lawful and proper.”

MUFON spokesperson and OpenMinds.tv contributor Roger Marsh told the Daily Express, “This historical case has been assigned to a field investigator within the Californian MUFON group.”

The witness told the Daily Express he recently spoke with MUFON investigators for over four hours.

When asked if he kept copies of the UFO documents he claims to have seen, the witness responded, “Legally, you are not authorized to walk off with classified information. That is treason and treason is a felony.”

He continued, “I do not possess anything other than my testimony and documents that authorize that I legitimately had the individual top-secret security clearances.”

I reached out to Pope via email to verify his statements and get an update on his research into this case, and while he does see some signs of authenticity in what the witness claims, Pope also advises caution.

“I’ve been in touch with the individual concerned for some time now. His phraseology certainly seems authentic – though obviously there’s so much freely-available material on the internet these days that a determined hoaxer can pick up enough terminology to convincingly sound like a genuine ‘insider’. The proof of the pudding will be in any material supplied, and on this point, while I’ve made it clear that the individual concerned should ensure that no classified information is released, I’ll be receiving some items shortly that will further help make an informed assessment,” explains Pope.

Pope continued, “I’ve seen some people attempt to pick holes in the story prior to any of the data being placed in the public domain, on the basis of some of the individual’s statements. I have no intention of entering into a debate about any of this, but would point out that in the shadowy world of intelligence a person will often alter a few details to mask the true identity of a source.”

OpenMinds.tv will keep you updated on MUFON and Pope’s findings.