We received an email from a reader with an alleged Top Secret USAF document attached.

We received an email from a reader with an alleged Top Secret USAF document attached. We are unsure of their validity, but we are posting them for your review.

Without revealing too much, my dad was a high-ranking Air Force General.  As such he had a few northern US bases under his command. He recently passed away but before he did he gave to me some documents and said he wanted to get this information out. I have found that most of what my dad had in his possession is already on the internet, except for what I am sending you. I am not sure if this has been declassified or not and I cannot find information regarding this. I would prefer to stay anonymous, so I am not giving you contact information for fear of government reprisal. You may say what you will about what I sent as long as this gets out to the public for their scrutiny!

Here is the document which had this photo attached. 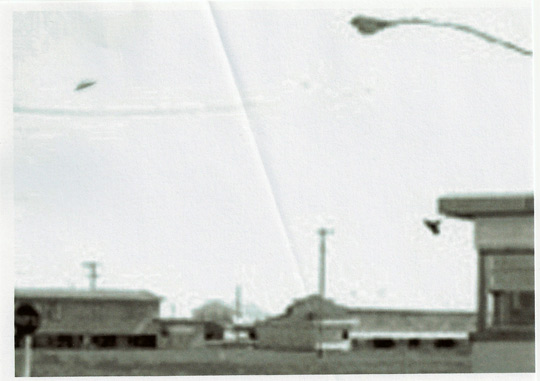 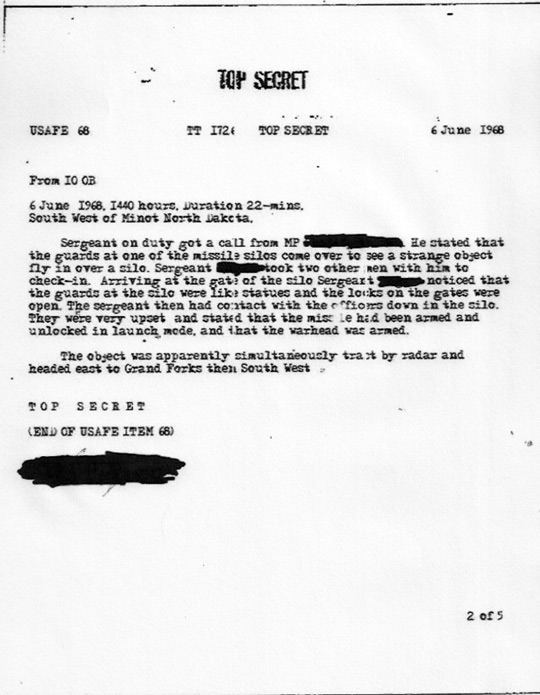 Let us know what you think in the comment section below.

I asked UFO-Nukes expert Robert Hastings his opinion on this document, he said “Total [B.S.]. Guards at air force bases are APs or SPs, not MPs. That is only one thing wrong with it.” I asked several other Air Force servicemen their opinion and they all agreed with Hastings. – Alejandro