Strange formations were found in a field in the Mexican town of La Magdalena Panoaya on Christmas day. Residents had reported strange lights in the area during a recent storm, and some people even reported strange figures running around in the fields.

According to the Mexican newspaper El Universal, officials at the Municipal Police of the state of Texcoco received an anonymous call that there were aliens in the barely fields near La Magdalena Panoaya. Rumors spread of the aliens in the area and people began to flock to the area to see what was going on. When they got there, they found strange formations in the crop. 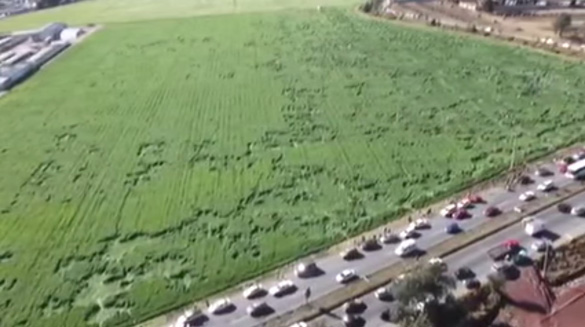 Three of the teenagers who were first to find the strange formations believed them to have been made by aliens. They told El Universal. “These are the hands and feet of beings from another world.”

Other residents said that there were white flashes in the sky during a storm that began on Christmas Eve and lasted until Christmas morning. When the storm was gone, the strange formations were left.

Many have likened the strange formations to crop circles, which happen most often in the UK. However, crop circles are intricate designs, whereas the formations in La Magdalena Panoaya are mostly random. Some people are calling them crap circles. Others have speculated that perhaps the aliens were drunk.

There is another explanation. Similar patches of fallen crop have been found in the UK during storms. They are the result of high winds. 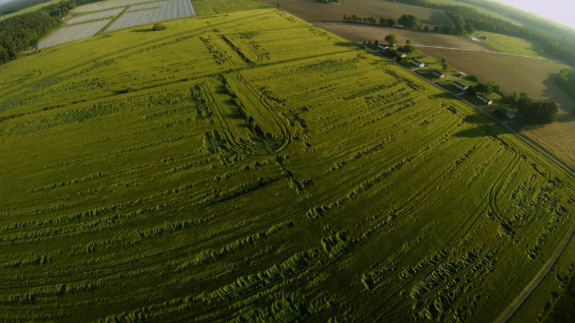 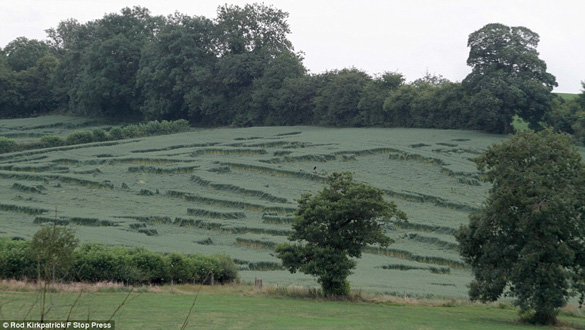 A field near Ellastone, Staffordshire has its crop flattened by strong winds during a storm. (Credit: DailyMail/Rod Kirkpatrick/F Stop Press)

Either way, as seen in the video below recorded for Russia’s RT News, the mysterious formation are attracting a lot of attention.