Alien-themed ‘Are We Alone’ week returns to the Science Channel

Once again, the Science Channel is reprising its popular extraterrestrial-themed Are We Alone? week.

As previous years have demonstrated, the Science Channel does an incredible job packing the first week of March with highly entertaining and provocative shows exploring UFOs and extraterrestrial life.

As the network explains, “This March, Science Channel returns with its programming event dedicated to one of mankind’s most pressing questions with ARE WE ALONE? – a week-long campaign dedicated to satisfying viewers’ appetite for aliens.” Science Channel’s executive vice president and general manager, Debbie Myers, states, “So many people are obsessed with the existence of aliens . . . ARE WE ALONE? ignites their imaginations with bold new questions, and engages current research happening in the field of extraterrestrial life. It’s programming that asks questions and makes you think. We hope ARE WE ALONE? advances the conversation even further.” 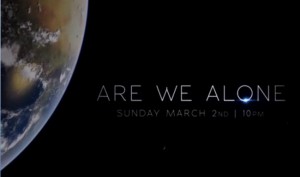 The week of alien and UFO programing begins on Sunday, March 2 at 10:00 p.m. ET/PT with new episodes of NASA’S Unexplained Files. Other new programs, like the series Close Encounters, will air during the week. And Morgan Freeman’s Through the Wormhole, which has been featured in previous years, returns to Are We Alone? week. The show Uncovering Aliens, featuring Open Minds’ Maureen Elsberry, is also airing during the week.

The Science Channel partnered with Open Minds to premiere some of these shows at the 2014 International UFO Congress where they were well-received. 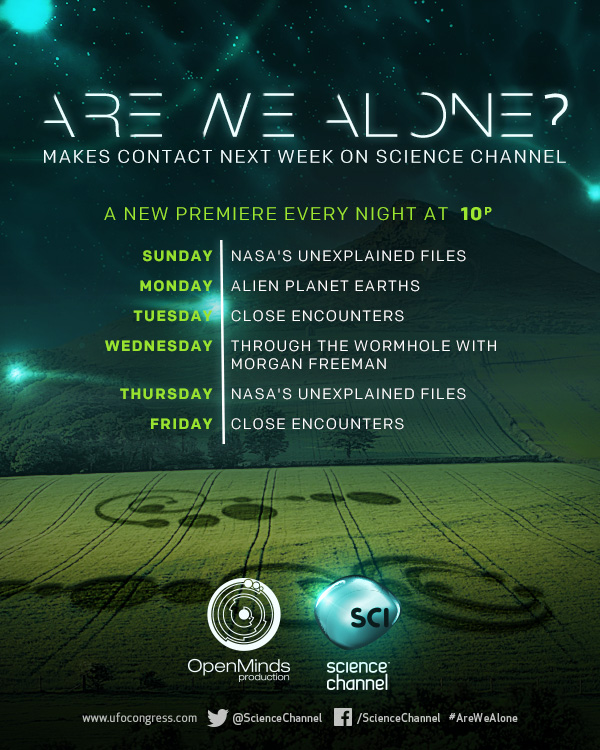 Check the Science Channel listings to see when shows will air.