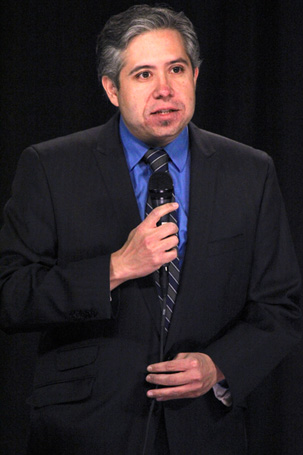 Alejandro Rojas is the Head of Research and Content at Enigma Labs, a data, research, and community platform dedicated to Unidentified Aerial Phenomena (UAP). He is also a founding board member and Director of Public Relations for the Scientific Coalition for UAP Studies (SCU). Alejandro has been a freelance journalist focused on science, space, sci-fi, and UFOs. He maintains the website OpenMinds.tv, but you can also find his articles in the Huffington Post, Den of Geek, and the Roswell Daily Record, among other news outlets. Alejandro is considered an expert on the topic of UAP. He regularly appears in interviews with media organizations worldwide, including Politico, BBC, NBC, Fox, Coast to Coast AM, the Travel Channel, Syfy, National Geographic, and E!.

He is the former Director of Operations for Open Minds Production, the host for Open Minds UFO Radio, editor and contributing writer for OpenMinds.tv, and emcee for the International UFO Congress. For several years Alejandro was the official spokesperson for the Mutual UFO Network as the Director of Public Education. As a UFO/Paranormal researcher and journalist, Alejandro has spent many hours in the field investigating anomalous phenomena up close and personal.

Find out more about Alejandro Rojas below:

Listen to Alejandro on Coast to Coast AM.

To book Alejandro for interviews, public appearances or for more information about Alejandro please email contact@openminds.tv.