An Alaskan witness at Fairbanks reported watching and videotaping a pulsating, sphere-shaped UFO that appeared to emit other objects, according to testimony in Case 76358 from the Mutual UFO Network (MUFON) witness reporting database. 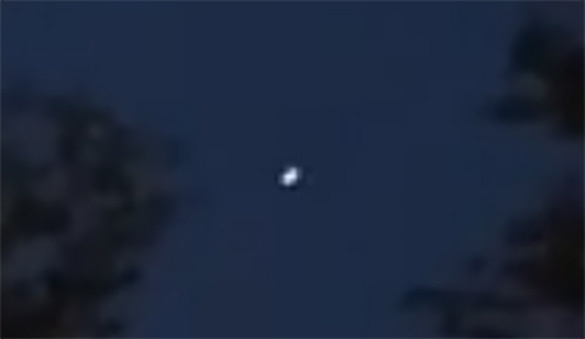 “I noticed a blinking light and I thought it was an airplane,” the witness stated.“When I came around to the other side of the Morris Thompson building heading east I saw a big, bright orb shoot straight down while the blinking light I saw earlier was stationary.”

The witness immediately pulled out a cell phone and began recording the object.

“I felt excited to witness this event and tried to stand very still and capture what I was seeing. The camera itself does not do it justice. It was brighter and after a bit it actually started to mess with my eyes like I was starting to get unfocused and shook my head. In the video, the interesting parts are 1:03 and 2:30 and also I don’t know if the camera captured it, but at 3:20 I said ‘Whoa.’ The object moved really fast and then back to where it was at originally. Then at the end of the video it just disappeared and I felt pretty happy to see it and capture such an event whatever is was.” 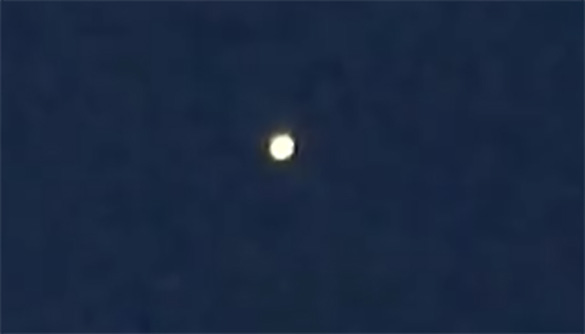 Alaska MUFON State Director Jessica Desmond investigated this case and closed it as an Unknown.

“The object was the size of a penny at 11-feet,” Desmond wrote in her report. “The witness said that the only noise was of the birds tweeting in the green-space trees. He didn’t hear the craft, didn’t hear any helicopters or jets, or anything. He said that the weird thing about the craft is that it made his eyes feel weird, like they were out of focus; he ended up watching it through his phone so he could focus on it.” 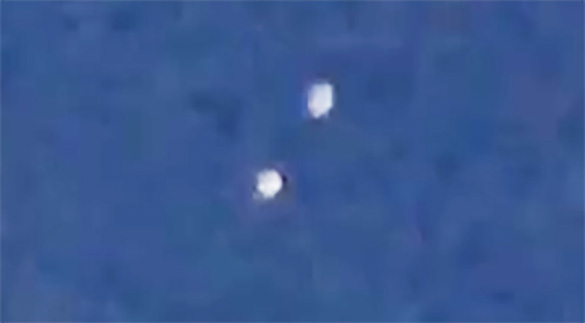 Cropped and enlarged frame from the witness video shows a second object that was emitted from the first object. (Credit: MUFON)

A radar report has been filed through a FOIA request to the FAA.

Fairbanks is a home rule city and the borough seat of the Fairbanks North Star Borough in Alaska, population 32,469. Please remember that most UFO sightings can be explained as something natural or man-made. The above quotes were edited for clarity. Please report UFO activity to MUFON.com.