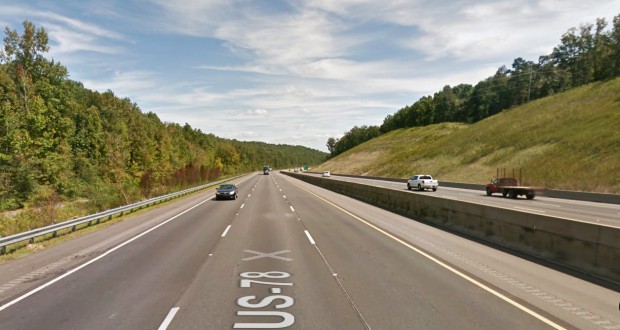 The witness was eastbound along I-20 on this stretch of roadway between Birmingham and Atlanta near Pell City when the object was first seen about 10:56 p.m. on January 25, 2015. (Credit: Google)

An Alabama witness at Pell City reported watching a hovering object with four lights that appeared to be a triangle shape, according to testimony in Case 63597 from the Mutual UFO Network (MUFON) witness reporting database.

The witness was eastbound along I-20 between Birmingham and Atlanta when the object was first seen about 10:56 p.m. on January 25, 2015.

“I saw a triangular-shaped object with four lights off to my left.” the witness stated. “I continued driving about 65 or 70 mph while I observed the craft. It seemed to be hovering or moving so slowly that I couldn’t tell.”

The object first caught the witnesses’ attention when it projected a light like a searchlight.

“It was foggy, so the searchlight really stood out. At first I thought it was a helicopter shining a searchlight, but the triangular shape of the lights didn’t seem to be a helicopter. The searchlight turned off about 10 seconds after I noticed it.” 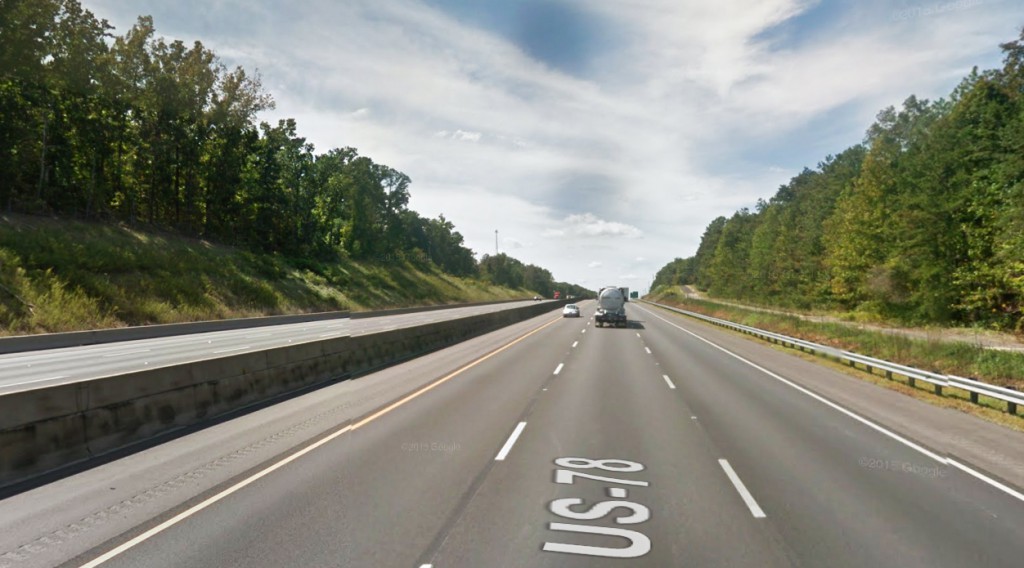 The object’s lighting seemed to suggest that it was triangle-shaped. Pictured: I-20 near Pell City, AL. (Credit: Google)

As the witness approached the object, he was unable to make out the shape of the craft.

“It definitely resembled a triangle instead of a helicopter, like I initially thought it was. The lights were white at first, and faded to red, then to a light green, then back to white. All of the lights changed color at once, and they did not blink.”

The object seemed to be hovering as the witness moved away from it.

“It seemed to hover in place for around a minute before I passed it and it was out of sight. I passed exit 156 on I-20 East a minute or two after I saw the object.”

Alabama is currently a UFO Alert Level 5 – with 1.23 sightings per million population based on MUFON January 2015 statistics. Alabama received a total of six UFO reports in January. 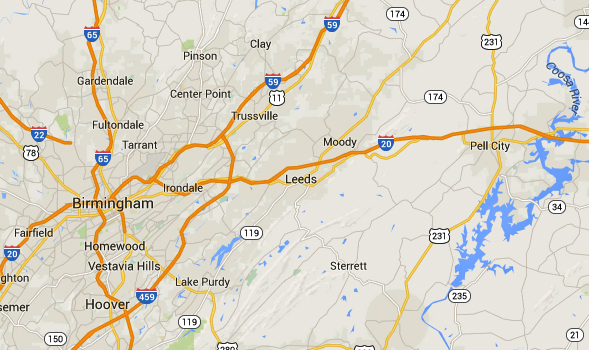