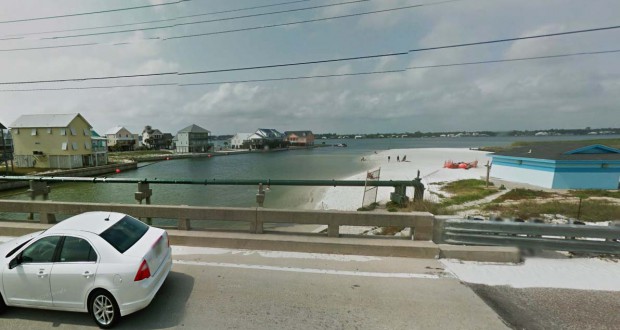 Under heavy cloud cover on September 17, 2014, the witness saw the triangle-shaped UFO hovering about a half-mile away. Pictured: Gulf Shores, Alabama. (Credit: Google)

An Alabama witness at Gulf Shores reported watching a “massive-sized triangle” that appeared to be a half-mile away over Highway 59 west, according to testimony in Case 59981 from the Mutual UFO Network (MUFON) witness reporting database.

The witness and his family were vacating in the area when the object was first seen from a condo balcony about 9:30 p.m. on September 17, 2014.

“There had been a heavy cloud cover most of the day and was still present that night,” the witness stated. “The cloud cover was so thick I could observe no stars or planets. As I turned to my right, which would be a southwest direction, I saw three finger-tipped-sized yellow lights in a triangular pattern with a large expanse between them.” 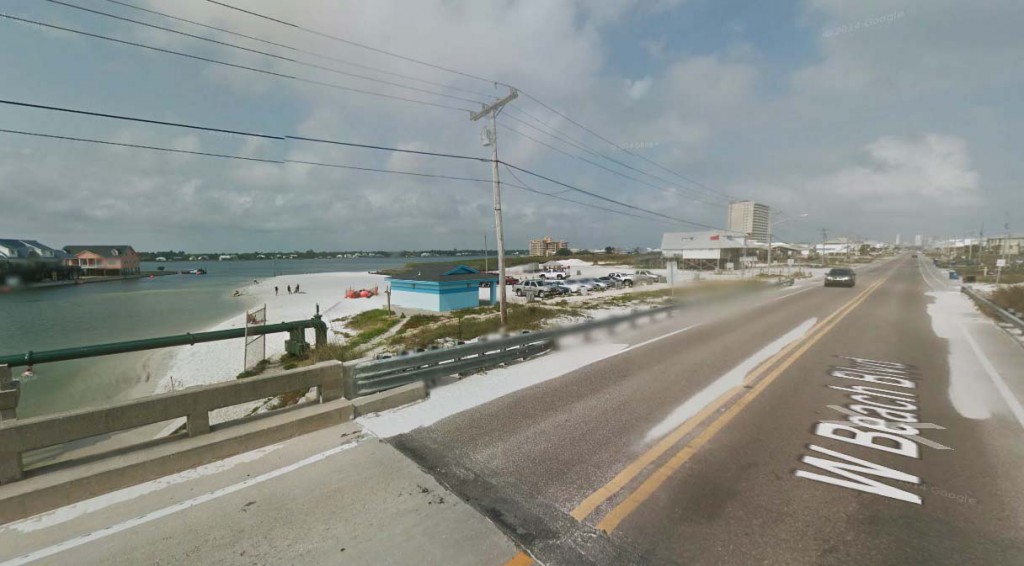 The witness cleaned the binocular lens thinking it was dust or moisture and then continued to watch.

“As I watched the objects hovering just below the dense dark clouds, it became obvious it had a huge, dark, dense mass and triangular form. It appeared to be hovering perhaps a half-mile from my location with one light over Highway 59 west, one over water but close to the beach shore area and one light probably 300 to 400 feet out into the Gulf, but it was so dark with cloud coverage it was difficult to judge distance.”

The object remained in one spot, but seemed to move in place.

“It appeared to hover, but slowly pivoted to change to a more southern direction.”

The witness went inside momentarily and when he returned to the deck, the object was gone.

“The distance between lights and the dark density of the mass made me think of the Phoenix sighting several years ago. I have observed several UFOs over the years, but nothing this size before. I make an effort to eliminate other possibilities before stating an object is a UFO. I do not react with fear of them but just silently observe them when I have seen them. I will add that the object could not be seen at all with the naked eye but only with my binoculars, yet, no stars at all could be seen. I do not have video or photos of the sighting.” 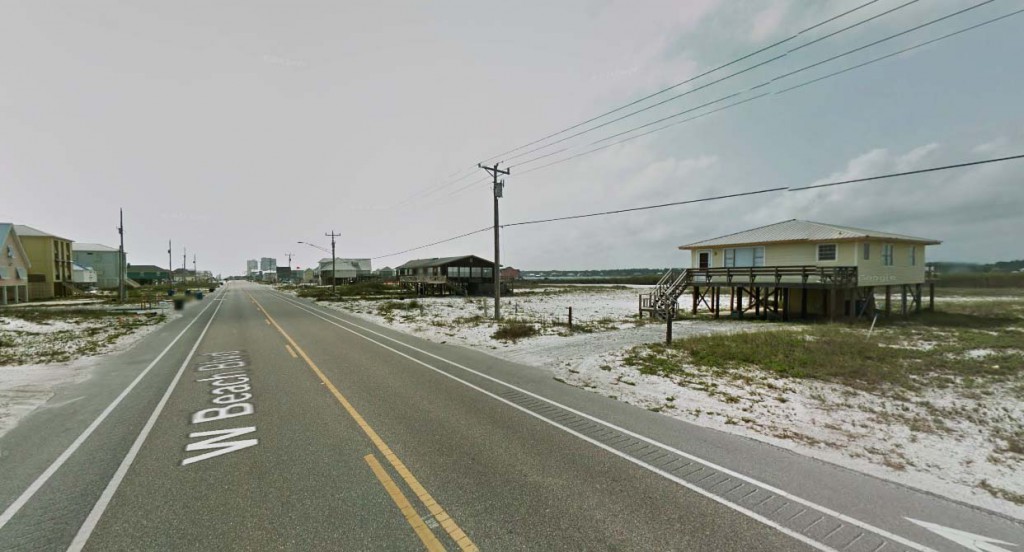 Gulf Shores is a coastal city in Baldwin County, Alabama, population 9,741. Alabama MUFON is investigating. Alabama has a current UFO Alert Rating of 5 with a low number of recent reports nationally. Alabama had 11 UFO reports in August 2014 – the 18th highest reporting state – while California had 99 reports as the highest reporting state. The above quotes were edited for clarity. Please report UFO activity to MUFON.com.