An Alabama witness at Pell City reported watching and videotaping a large, black, cylinder-shaped UFO hovering over a highway, according to testimony in Case 71724 from the Mutual UFO Network (MUFON) witness reporting database. 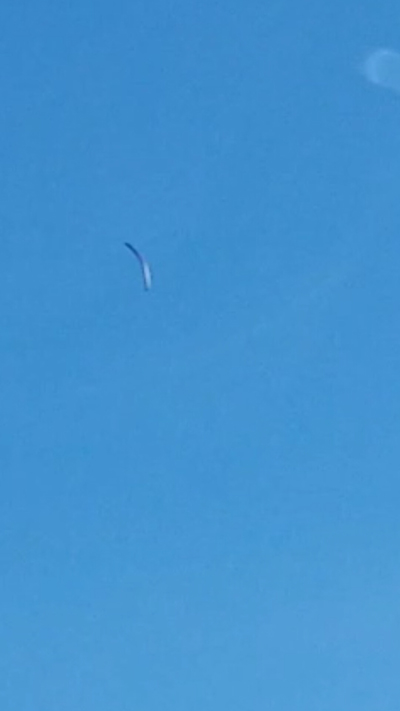 The witness pulled this still image from the video. (Credit: MUFON)

The witness was driving eastbound along I-20 just west of Pell City at 12:02 p.m. on October 21, 2015, when a large, black, hovering object was noticed over the interstate.

“I whipped out my camera and tried to record it,” the witness stated.“I estimate the object to be around 80 feet long and approximately 300 feet off of the deck. I observed it for about two miles of interstate before passing underneath it.”

“I could not see any windows or features to the object, and it appeared stationary.”

The witness asked his wife if she saw the object as she was traveling behind him.

“My wife was traveling less than 10 minutes behind me and was not able to positively ID the object as it had moved away by then.”

The witness included a short video of the object and a still image taken from the video. 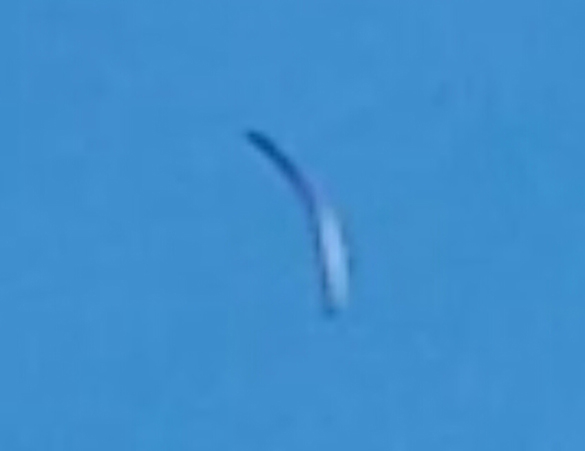 Cropped and enlarged version of the still frame taken from the witness video. (Credit: MUFON)

“I looked at what I had recorded and did a screen grab of the object zoomed in. I will attach both files. Unfortunately, the video makes it appear much smaller than what I was observing. Anyways, I don’t know what it was, thought maybe you would be interested.”

The object is hard to see in the video and is only briefly captured near the end. The still frame taken from the video shows the object very well.

Pell City is a city in St. Clair County, Alabama, population 9,565. Please remember that most UFO sightings can be explained as something natural or man-made. The above quotes were edited for clarity. Please report UFO activity to MUFON.com.