A passenger photographed a UFO over London outside an airplane window on the morning of Sunday, May 25.

The plane was reportedly flying over London, England when the passenger snapped at least five photos of the unidentified object seen through the plane’s window. As the Mirror describes, the photos show “a dark-coloured disc with lights on either side” that appears to be “flying above the cloudline.” 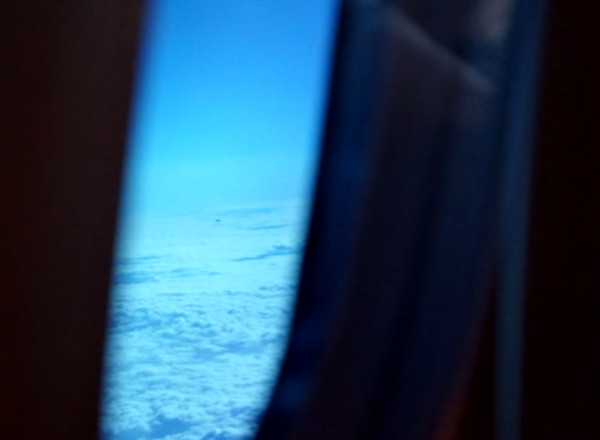 Some media sources claim the photos were taken from a “commercial flight.” And WHAM in Rochester, NY surmises that “The UFO appears to fly up and away towards the right side of the frame.” But the photographer and the origin of these photos is unknown, and very few details are available. The photos were published in a video uploaded to YouTube by user UFOvni2012, complete with dramatic music, extreme close-ups of the UFO, and images of the UFO with various photo filters applied. The only details provided with this video come from the title, “UFO Flies By Plane Window In London UK, May 25, 2014 In The Morning.” 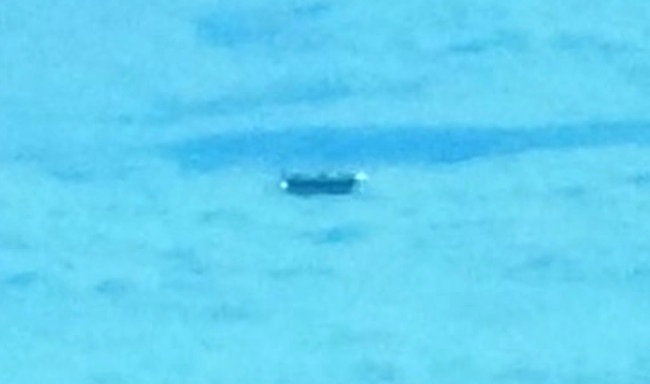 Some are praising these photos as incredible evidence of an extraterrestrial spacecraft. But others are extremely skeptical. Some believe the object is a conventional craft, such as another airplane or military drone. But others assert the photos are fabricated, depicting a boat photoshopped into the clouds. Another possibility is that the object is simply something on the window itself like a chip in the window. But little more than speculation can be gleaned from these photos because of the extremely poor quality of the photos, the lack of any additional details, and the mysterious origin of the photos.