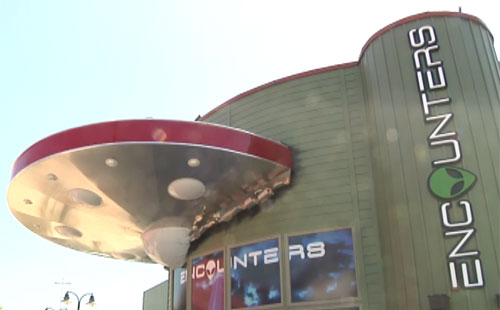 The new UFO exhibit Encounters: UFO Experience opened its doors in Myrtle Beach, South Carolina on Saturday, April 6 following a brief delay. The exhibit was scheduled to open on April 4, but the launch was postponed because some of the exhibits arrived late.

WPDE NewsChannel 15 describes, “The exhibit features alien replicas, spaceship replicas, and testimonials. It also features the history of aliens and their experiences with earth.”

More than 500 people reportedly visited the exhibit in the first two days.