Aerospace expert and astronaut create treaty for peace in space 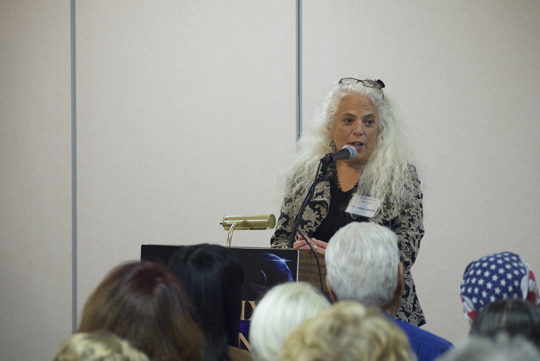 Just last week the Associated Press covered a story regarding Pentagon leaders calling for the U.S. to strengthen the military in space, emphasizing the importance of satellites in waging war.  They reported that General Kevin Chilton, recently retired from leading the U.S. Strategic Command, said, “We need to be thinking about how we would go into future conflicts and make sure that we unlevel [that]battlefield in our favor.” He said space has “become a critical part of every other [battlefield]domain.”

However, this new Treaty points out the huge costs, dangers, and threats to all on Earth and in Space from space-based weaponry, emphasizing that space-based weapons would block as Dr. Rosin says, “unlimited benefits and opportunities available to all humankind in areas of health, education, the economy, mutual security, energy, and the environment, from cooperative ventures in space.” This Treaty points out that peaceful, world cooperative civil, commercial, entrepreneurial and military ventures will help solve urgent and potential problems of human needs, our environment and energy, stimulate economies, jobs and profits, and build security systems based on collaboration rather than confrontation.  Indigenous nations are parties to the treaty, which can be made a law with nine nation state signatories.
Taking a lead from the recent press conference at the National Press Club in Washington, D.C. where military officers testified that they were present when UFOs deactivated nuclear missiles, the Treaty goes on to state that, “to neutralize any missile or nuclear capability is in itself not a threat message, but does serve notice of our limited understanding of physics and the clearly dangerous consequences of continuing to use destructive technologies.” This sentiment is shared by the gentlemen who held the press conference.

Dr. Rosin stated, “This Treaty calls on nation state presidents to immediately become Signatories to this Treaty: to sign, ratify, and send it to the office of the UN Secretary General that is the Treaty Depositary. Participants in the International UFO Congress as well as all world citizens can send this Treaty to presidents as part of a grassroots Call to Action.”

The treaty in it’s entirety can be downloaded here.