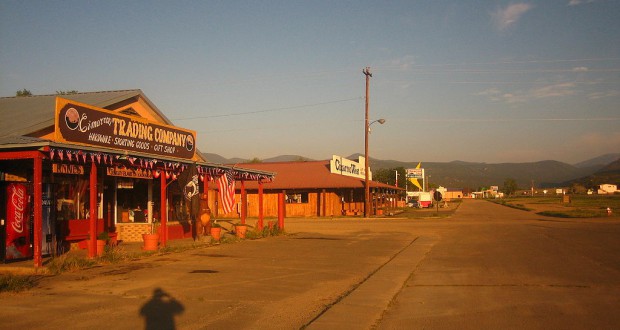 The witness woke up about midnight on July 4, 2008, and observed the disc-shaped object about 50 feet away. Pictured: Downtown Cimarron, NM. (Credit: Wikimedia Commons)

A New Mexico witness near Cimarron recalled a UFO event from 1978 when a disc-shaped object hovered 25 feet off of the ground with four glowing, round lights, according to testimony in Case 63904 from the Mutual UFO Network (MUFON) witness reporting database.

The events took place at Miners Camp, Philmont Scout Ranch, in Cimarron, on the night of July 4, 2008.

“There were about 12 to 15 hiking crews with their tents set up in one area,” the witness stated. “Each crew is up to 12 people.”

The witness woke up about midnight and observed the object near his tent about 50 feet away.

“It was a round, flat object, about the diameter of a car tire. It was moving slightly up and down and around in what could be described as hovering.” 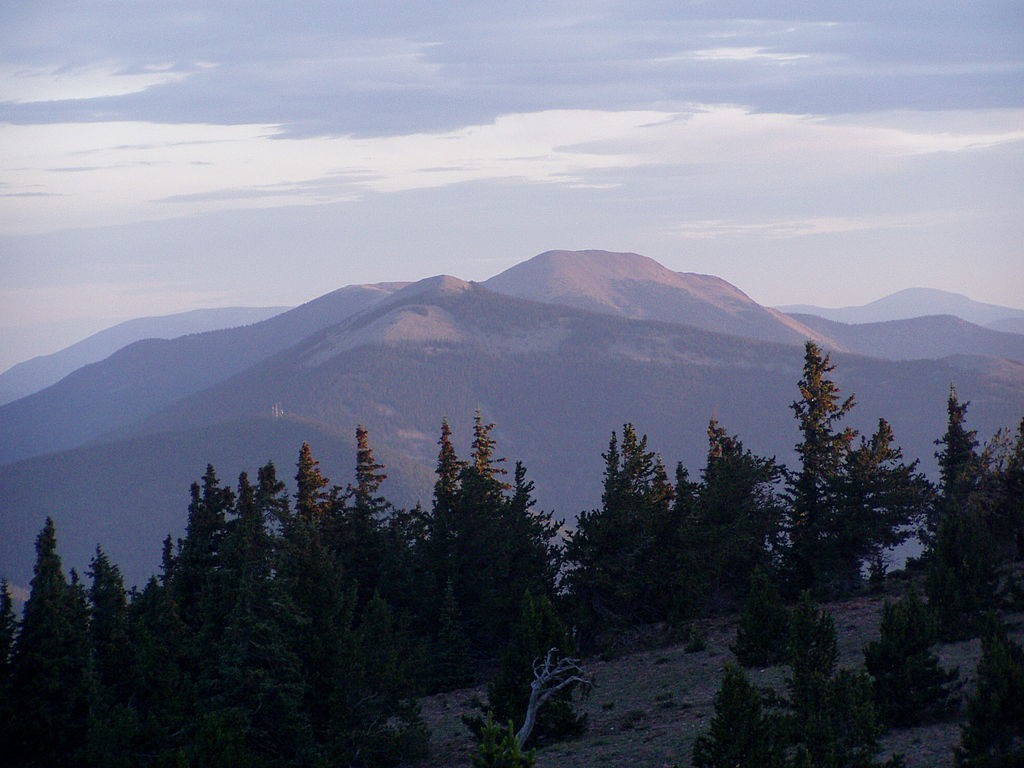 The witness described the object as a round, flat object, about the diameter of a car tire. Pictured: Mount Baldy, from the peak of Mount Phillips. (Credit: Wikimedia Commons)

“It had four round, glowing globes spaced at 12 o’clock, 3 o’clock, 6 o’clock and 9 o’clock. I could not tell if it had depth. It was about 25 feet in the air and I got the impression it was a scanning device.”

The witness watched the object for about an hour and then fell back asleep.

“I woke up a second time and it had turned slightly in what appeared to be an attempt to scan the field of tents that stretched out past mine. I watched it for another half hour and fell back to sleep.”

When the witness woke up in the morning, there was no trace of the object.

“I should mention that had I not had my tent fly rolled completely up to expose me to the cool night breeze, I would have never seen it.”

Cimarron is a village in Colfax County, NM, population 1,021. Philmont Scout Ranch is a large, rugged, mountainous ranch located near the town of Cimarron, NM, covering approximately 137,500 acres of wilderness in the Sangre de Cristo Mountains of the Rocky Mountains of northern New Mexico. The ranch, formerly the property of oil baron Waite Phillips and now that of the Boy Scouts of America, is a National High Adventure Base in which crews of Scouts and Venturers take part in backpacking expeditions and other outdoor activities. It is the one of the largest youth camps in the world in land area. 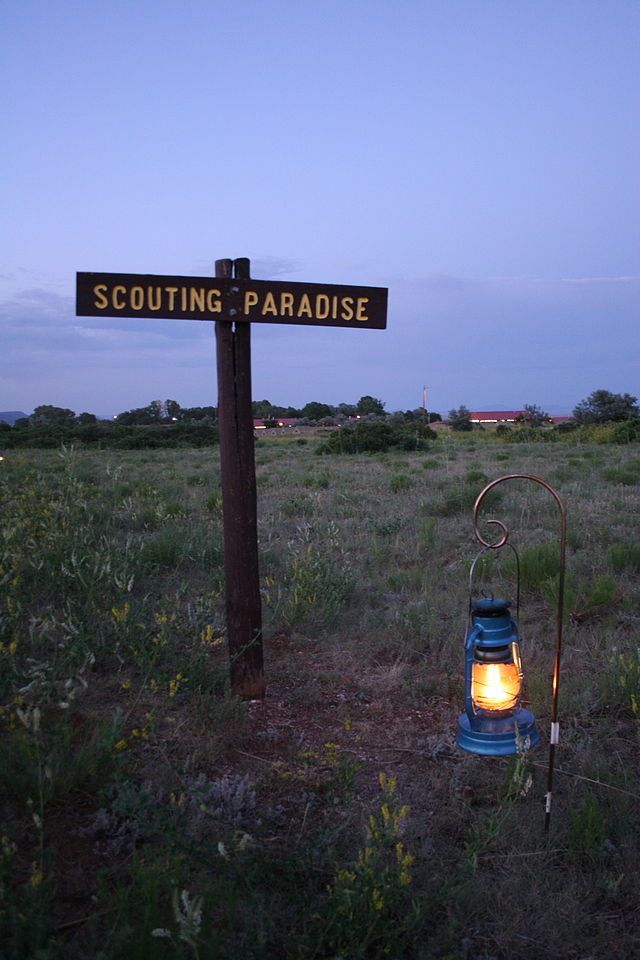 The object had four round, glowing globes. Pictured: A sign on the way to the closing campfire. (Credit: Wikimedia Commons)