Jaime Maussan is a name that most everyone in the field of ufology is familiar with. Maussan, who studied journalism at the UNAM and the Miami University in Ohio, has been a journalist for more than 40 years. As a producer and director for Mexico’s version of 60 minute (60 Minutos), Maussan did research and reporting on environmental and social issues. The series of reports “Génesis y Apocalipsis” (“Genesis and Apocalypse”) become extremely popular and propelled Maussan into the national spotlight. 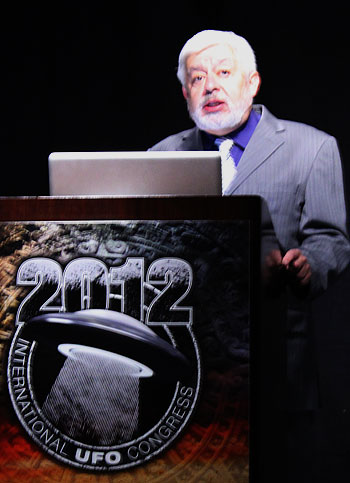 Maussan’s network sent him to do a special on alleged Swiss UFO contactee Billy Meier. This show was so well received that Maussan was asked to tape another show for his network. It was during this time that Maussan caught the UFO bug.

Now when he walks down the bustling Mexico City streets, people notice him, shake his hand, and ask for a picture with the famous journalist and ufologist. Maussan responds graciously. His office in the heart of Mexico City has a dignified portrait of him, greeting his visitors. This is ground zero for Maussan. His office houses the investigation team and everything they need to examine and report on UFO topics and sightings worldwide. His website, JaimeMaussan.tv streams all of his original programming produced by his company. Televisa, one of the largest networks in Mexico, airs a two hour show once a week that Maussan and his team produce. The team works diligently to research UFO evidence worldwide and support Maussan in his endeavor.

Recently, Maussan has come under strict criticism for what many believe to be his exploitation and over dramatization of videos that are not truly vetted before Maussan makes his own determination and airs this type of content. Maussan faces criticism everyday from skeptics. He has been accused of spreading disinformation. The TV industry can be a vicious cycle of competiveness to constantly attract viewers and whether or not this is his intention, he keeps moving forward at a break neck pace that makes for long hours and constant stress.

But there is another side to this man that not many get to see. He is a man who is truly passionate, and cares for humanity and the condition of the human race. To escape the bustle of Mexico City, Maussan resides on a complex situated in a forest preserve outside of the city. This tranquil setting creates the backdrop of his home life, and establishes his connection to the environment. In this Open Minds exclusive, we get a glimpse of the personnel side of Maussan, a side rarely seen by the public.

Maussan’s passion for the truth has caused him to work tirelessly through the years to open the nations eyes to the UFO phenomenon. Now, thanks to his reporting, the people of Mexico pay closer attention than ever to what’s happening in the skies above. His more than forty years as a journalist has given him the wisdom and insight to see through the skeptics, so he can report the evidence that he feels will affect social change. 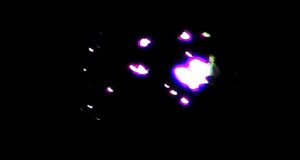 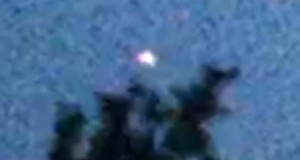 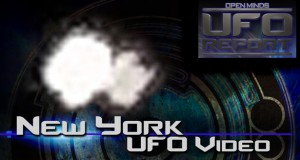