Home / Articles / Credible UFO sighting by pilots and crew in new UK files
One of the most highly regarded UFO sightings in recent history was witnessed by the crew and passengers of two separate planes above the Channel Islands, in the English Channel, on April 23, 2007. 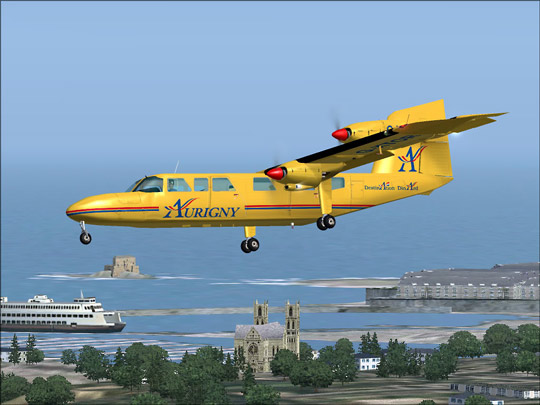 One of the most highly regarded UFO sightings in recent history was witnessed by the crew and passengers of two separate planes above the Channel Islands, in the English Channel, on April 23, 2007. The most recent batch of UK UFO files includes reports from the pilots of the planes, along with drawings of what they saw. One of the pilots estimates that the objects may have been a mile wide. Dr. David Clarke, a university lecturer on journalism and Ph.D. of folklore, serves as a consultant to the UK National Archives for their UFO file releases, and he says of this case, “This unexplained sighting remains one of the more intriguing puzzles in the MoD’s X-files.”

The first to spot the UFO was Captain Ray Bowyer, the pilot of a small 18-seat Trislander passenger plane for  Aurigny Air Services. The most detailed account of his sighting can be found in a report he wrote for the book UFOs: Generals, Pilots, and Government Officials Go On the Record, written by Leslie Kean. He says it was a clear spring afternoon with a low layer of haze. He was at about 4000 feet when he spotted a bright yellow object below. At first he thought it might be a greenhouse he was familiar with, but then realized that with the haze, he should not be able to see the greenhouse. He grabbed his binoculars and noticed that it was actually a large shiny cigar shaped object with a dark band to the right of the middle. 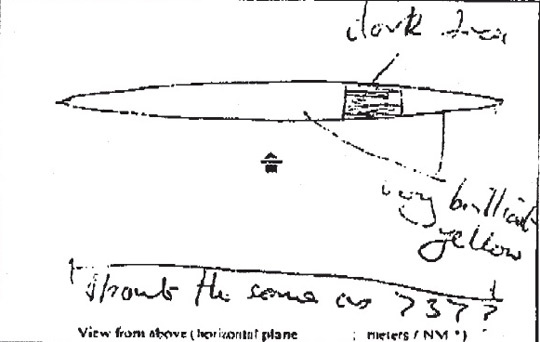 At first he estimated the size of the object to be as large as a 737 fuselage, and estimated the object to be at about 2000 feet. As he got closer to the object he noticed there was a second identical one just beyond the first. They didn’t appear to move, although later he learned they were moving slowly apart. He called the radar controller on the island of Jersey, to inquire about the objects, but they said they were not picking anything up. However, after Bowyer asked them to check again a few minutes later they were able to pick up two objects south of the island of Alderny. Seeing the object get larger as he flew closer, he felt relieved with this information as Alderney was his destination. Bowyer was not enthusiastic about flying close to these unknown objects with a cabin full of passengers.

As they approached Alderney the objects were visible to the naked eye. The Trislander aircraft does not have a separate cabin for the pilots, so Bowyer could hear passengers inquiring about what the objects were. He decided not to address their concerns in fear of frightening them. At this distance he could now see that the dark band on the objects was actually an area of sparkling blues and greens.

While descending into Alderney, they lost site of the objects once they dropped below the haze. Bowyer figured that no one from the ground must have been able to see the UFOs due to the layer of haze. Once on the ground he asked the passengers what they had seen and they confirmed seeing the same objects he saw. One of the passengers onboard, John Russell, who had seen the object along with his wife Kate, later told the press, “I saw an orange light. It was like an elongated oval.”

Upon reflection of the distances, Bowyer felt that the objects must have been a lot larger than he first estimated. In fact he feels they must have been a mile long. He is still at a loss to what it was that he saw. He told the press soon after the sighting, “I’m certainly not saying that it was something of another world. All I’m saying is that I have never seen anything like it before in all my years of flying.” 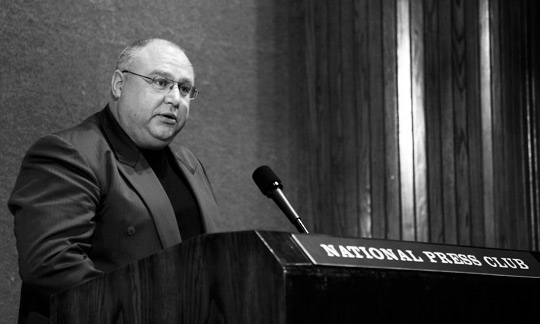 Ray Bowyer speaking about his sighting at the National Press Club in Washington D.C. on Nov. 11, 2007. (image credit: James Fox)

Later Bowyer found out that there had been another pilot who had sighted the object. At the time Bower was discussing his sighting with the tower in Jersey, Captain Patrick Patterson, was flying from the Isle of Man into Jersey. He had heard the tower report that they had a radar hit of an unknown, so he took a look to see if he could see something himself. In a report in the UK files, it states that Patterson reported seeing a cigar shaped craft yellow in color. He also estimated it at 2000 feet. However, because of the haze he was only able to see one object for about a minute.

The official statements of the Royal Air Force are also in the files, they questioned the radar contacts. They stated, “We believe the ATC radar at Jersey is secondary only and therefore unable to achieve primary radar contact (if the object was producing one). The contact was reported stationary again making radar detection unlikely…” They went on to wrap up their investigation with this final statement, “…no further reports indicated that the object had a heading towards the UK. Therefore, we concluded that there was no threat to the UK from this observation and will not be taking the investigation further.”

In other words, they disregard the radar evidence, and since the objects didn’t seem to be in British airspace, it is not their problem. Not everyone agrees that such a credible sighting of two very large objects near British airspace should not be of concern to their military.

Soon after the incident, Nick Pope, who once worked for the British Ministry of Defense UFO desk, had this to say, “While no witnesses are infallible, pilots are trained observers and less likely than most people to misidentify something mundane. The MoD’s UFO case files contain several reports from civil and military pilots, some of which were correlated by radar. This is the sort of sighting that is taken seriously and should be investigated thoroughly. While most UFOs can be explained as misidentifications of aircraft, weather balloons, satellites and suchlike, a small percentage are more difficult to explain. This is one of the most intriguing sightings I’ve heard about in recent years.”