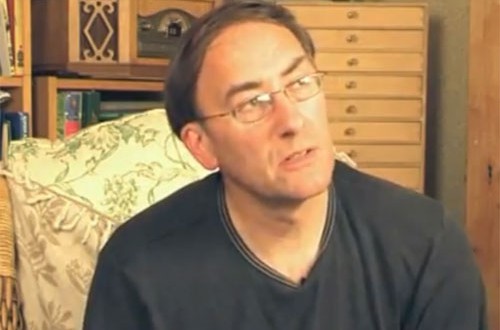 An English politician who claims he has been abducted by aliens will share his story in an upcoming television documentary. 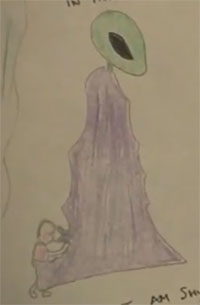 A drawing by Parkes of his alleged alien mother. (Credit: AMMACH Project/YouTube)

Independent production company Off The Fence is producing the documentary for Channel 4, in which Simon Parkes will discuss his experiences with extraterrestrials. Parkes is a councillor on the town council of the English town of Whitby in North Yorkshire. According to the Whitby Gazette, the crew filming the show, titled Confessions of an Alien Abductee, “followed him on a visit to the RAF Fylingdales base” and filmed him “speaking about his experiences which began as far back as six months when he had an encounter with aliens in his cot through his teens and into adulthood.”

Parkes made headlines in early 2012 when he claimed that his real mother is a nine-foot-tall green extraterrestrial. In an interview with the AMMACH Project, he provided detailed accounts of his life-long interactions with extraterrestrial and interdimensional beings.

Speaking about the upcoming documentary, Parkes explains, “What we are trying to do is show I am an ordinary person, not someone challenged with any mental difficulties, that I am the sort of person who is believable and they filmed me during an ordinary day.”

Channel 4 is reportedly “very excited” about the documentary. But the station has yet to announce when Confessions of an Alien Abductee will air.