Open Minds reported last week that Peruvian Air Force (FAP) Colonel Julio José Vucetich Abanto, director of the Peruvian Air Force’s Directorate of Aerospace Interests (DINAE), was notifying the media about plans to re-activate their dormant UFO department “in response to the significant increase in claims and reports on Anomalous Aerial Objects commonly referred to as Unidentified Flying Objects (UFOs) in the skies over Peruvian Territory.”

In a press release sent out Thursday, DINAE reiterates the fact that they receive constant UFO reports from the public. Although, they note that increase in aerospace technology could account for some misidentifications. DINAE says their concern will be to investigate these reports “from the point of view of national security.” 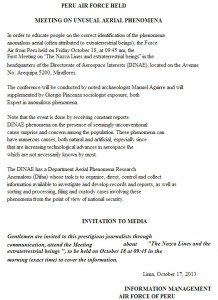 The FAP’s announcement comes on the heels of a very high profile UFO case in the Huanuco region in Peru, in a town called Marabamba. For several days local residents claimed to be seeing luminous balls of light. The sightings gained an increased level of attention when Peruvian TV show Al Sexto Día (The Sixth Day) went to investigate the case and caught UFOs with their own cameras (seen above).

The show aired on September 29, and the video they captured appears to show several luminous objects close to the ground during the day. Similar videos had been taken by locals in the weeks prior to the visit by Al Sexto Día.

Earlier this summer Open Minds reported on another Peruvian television crew that caught a UFO on video over Lima, Peru, which also gained widespread attention. The video, captured by Frecuencia Latina Channel 2, was featured on the network’s 90 Segundos TV program.

The video shows a white object that appears to change shape. Many dubbed it a “Jellyfish UFO.” 90 Segundos noted it was similar to what are called EBANIs (Entidad Biological Anomalous No Identificada, or its English translation, Unidentified Anomalous Biological Entity) by Mexican Ufologists. 90 Segundos says their cameraman recorded 10 minutes of uninterrupted video of the object.

The FAP’s UFO department will be known as the Department of Anomalous Aerial Phenomena Research (DIFAA). It is the same organization that was began in 2001, and headed by retired FAP Commander Julio Chamorro Flores, which was then known as the Office of Anomalous Aerial Phenomena Research (OIFAA). The group went dormant in 2005 due to a lack of funds and interest in the topic by the FAP at the time. 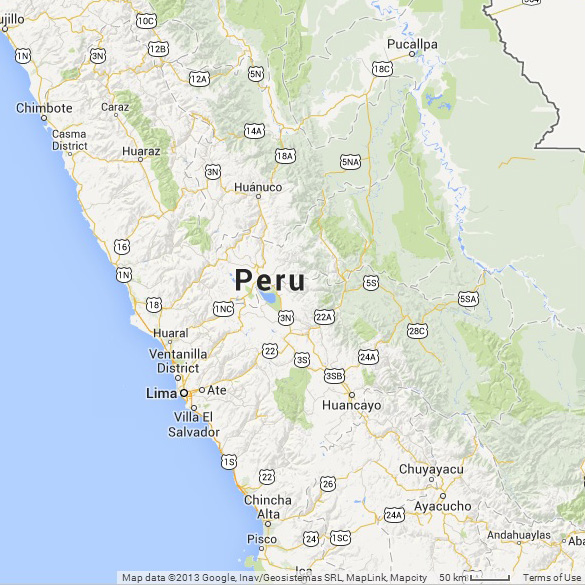 DIFAA’s board consists of scientists and academics, some of whom have a long history researching the UFO phenomenon. Chamorro also has an interest in the topic which began in 1980. He was present at La Joya Air Base in the town of Arequipa, Peru during one of Peru’s most famous mass UFO sightings in which a jet was scrambled to engage a UFO.

Open Minds Magazine’s June/July 2013 issue includes an exclusive interview with Chamorro. For more about the Peruvian Air Force’s UFO investigations, and similar organizations in Argentina, Chile, Uruguay, and Brazil, you can listen to the latest Open Minds UFO Radio podcast below.