Multiple witnesses reported strange lights they could not identify in the skies over Pampanga, Philippines, during late April 2015, with two residents capturing the event on video. 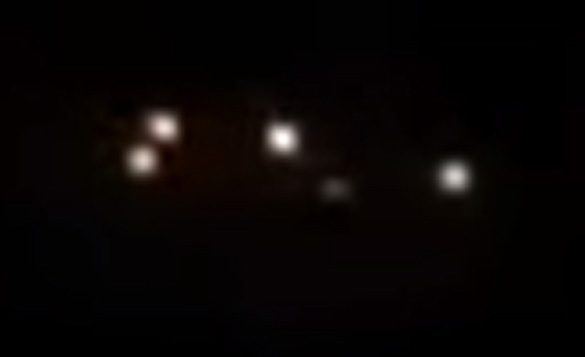 Cropped and enlarged view of the object as it is first seen in the first witness video. (Credit: UFO and Alien Truth Network)

The UFO and Alien Truth Network posted the video (seen above) April 30, 2015, generating a lot of controversy about exactly what the object is.

“I am now in Pampanga, and I am seeing strange lights in the sky,” the first video eyewitness states. The video at this point shows multiple lights on an object that appears to be V-shaped. 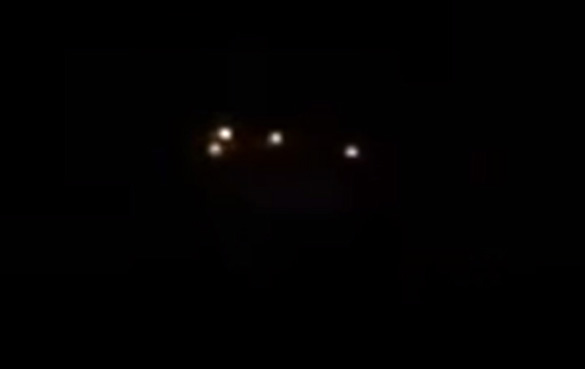 Cropped and enlarged view of the object in the first witness video further into the video. (Credit: UFO and Alien Truth Network)

“It goes up and down and multiplies,” the witness says in the video. “Now it’s going to die out again.”

The lights eventually seem to burn out, or possibly are hidden by cloud coverage. 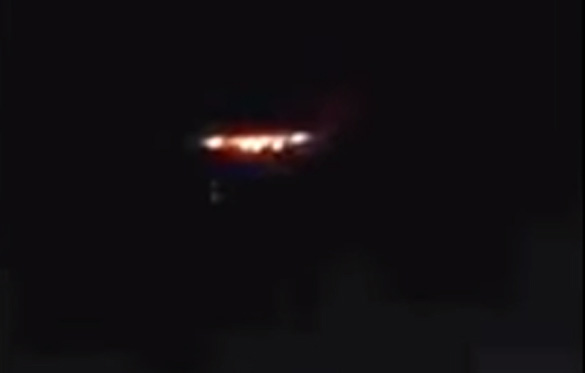 Cropped and enlarged view of the object from the second video witness. (Credit: UFO and Alien Truth Network)

According to the Mirror Online, Jericho Benavente was one of the witnesses. “I called my wife after seeing four orange lights come out of the clouds,” Benavente said. “I went to video it but it suddenly disappeared within the clouds.  I believe what I saw and I’m sure this wasn’t a plane.”

Pampanga is a province in the Central Luzon region of the Philippines along the northern shore of Manila Bay, and bordered by the provinces of Bataan and Zambales to the west, Tarlac and Nueva Ecija to the north, and Bulacan to the southeast. 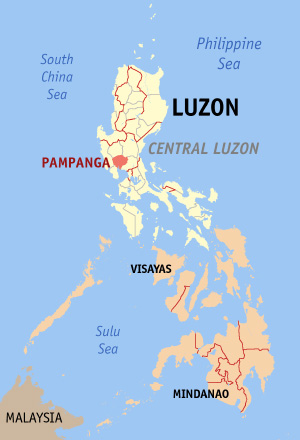 Pampanga is served by Clark International Airport, about 9.9 miles north of the provincial capital. The province is home to two Philippine Air Force air bases, Basa Air Base in Floridabalanca, and Clark Air Base in Angeles City.