Home / Articles / Historic UFO sightings illustrated
During January of 1978, residents of Arkansas had an astonishing series of UFO encounters. 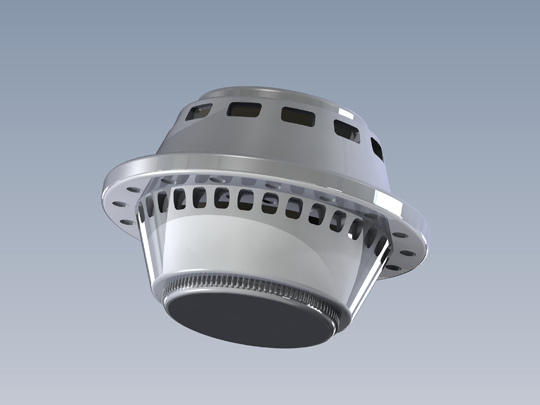 Illustration of the Fort Smith UFO based from a sketch provided by the Argus Press by Michael Schratt.

During January of 1978, residents of Arkansas had an astonishing series of UFO encounters. The first report came from a Fort Smith law enforcement official. He described seeing several people who were looking up in the sky at a series of strange lights. Inquiries to the FAA came back negative. The second sighting originated from two newspaper reporters (also from Fort Smith) who described seeing a strange craft that was about half the size of a Volkswagen, and gray metallic in color. The object emitted an unusual beeping noise. Electromagnetic effects included stalled engines, electrical system malfunctions, and radios that went dead. When the craft departed, all electrical systems within the vicinity returned to normal. The third sighting involved a mother and her two children. While driving home to Alma Arkansas around 10:00 PM, all three spotted a dazzling array of multi-colored lights coming over the top of the trees. The lights stayed motionless for a few moments, and then disappeared back over the trees. Source: Argus Press Feb 2, 1978. 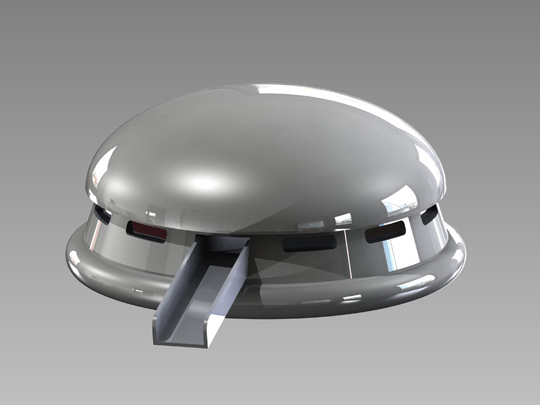 In May of 1978, Peter Duncan of Weeley, England had an interesting nighttime encounter with a UFO. He described seeing a brilliant flash of light out on his farm, which he originally thought was a helicopter. Upon further inspection, he quickly determined that his initial assessment was incorrect. Mr. Weeley claims that he was no more than twenty yards from a strange looking craft that had landed on his property. The UFO was described as having a mushroom shaped dome on top, with a middle section that appeared to have a series of slit-shaped port holes. He also reported seeing a ramp coming out of the side of the craft. The bottom measured approximately ninety feet across, and it was making a constant buzzing noise. Mr. Duncan stated that he was originally terrified, but slowly moved closer to the craft to get a better look. Then, the craft lifted up, and sped out of sight. Out of fear of ridicule, he reported his sighting eight months after the event took place. Source: East Essex Gazette Jan 12, 1979. 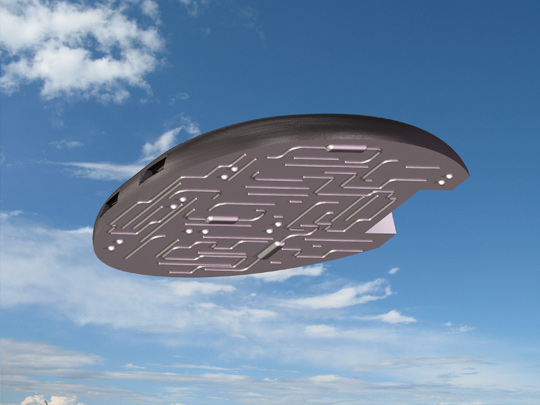 In the early morning hours of November 1994 (no specific date given) Mr. “LG” was driving to work along a rural road. As he approached a curve near a bridge that was under repair, he noticed two lights off in the distance. Looking through the driver’s side window, he spotted a gigantic machine hovering silently, approximately seventy feet above his vehicle. In a state of shock, Mr. “LG” slowed down and studied the craft in detail. He described it as looking like a sixty foot diameter disc with a strange “cut out” or notched section near the back. There were two indented headlamps near the forward portion of the craft. The underside of the UFO consisted of mechanical looking pipes, tubes, mufflers, and silencers. Turning north along a smaller road, the strange UFO paced his car for a few minutes and then vanished in the direction of the Bretby/Repton area. Reports of a similar craft also came in from the vicinity of Buxton. Students of Ufology will recall that similar mechanical “tubes and pipes” were observed on the underside of the highly documented Hudson Valley boomerang during 1982-1989. Source: Burton Daily Mail February 17, 1995.