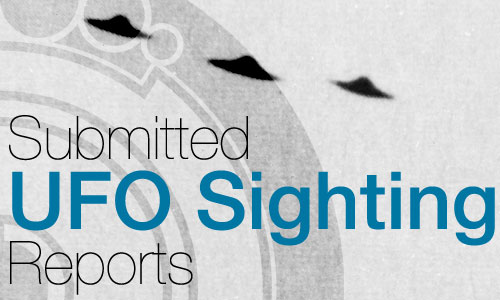 I remember my first Alien Space Craft sighting as if it happened yesterday.

The 3 of us were parked on the edge of town talking about nothing after cruising around Yorkton, Saskatchewan. None of us drank or did drugs in those days (a lot of guys we knew, did ).

The driver was 16, the other friend was 14. We were sitting in his 57 dodge 4 door (big front windshield) when we noticed an object hovering real high above and a tad to the front/left of us.

All of a sudden it came straight down to a height I estimate would be 150 feet ( 300 feet away from us on the angle we were watching it, a bit ahead and to the left of straight ahead of us ).

No noise was heard at any point during this sighting. It hovered motionless for a approximately a minute, then left horizontally in a speed that was in a instant. All we saw was the blurry fuzz of the Alien Space Craft to determine the direction it went.

The craft was not glowing, but it had 4 dull glowing lights at the bottom. We were scared all the while we watched it. After it left, we reported it to the RCMP in Yorkton in person, which was about 2 miles from where we were parked, and they laughed at us.

Here is a depiction of the Alien Space Craft we saw and the angle we watched it at.