One of the nation’s most anticipated UFO-related events, the 2012 EBE Film Festival, is now accepting entries for the February 21-26 events at the Fort McDowell Radisson Resort in Fountain Hills, Arizona.

A celebration of paranormal filmmaking, the 2012 EBEFF includes screenings, social events and networking opportunities, and a closing night Banquet and Awards Ceremony where the coveted EBE statues will be awarded. The festival runs in conjunction with the International UFO Congress which is the largest annual UFO conference in the world.

Narrative short films (30 minutes or less) and feature length (60 minutes or more) completed after Jan. 1, 2010 will be considered.

EBEFF 2012’s “EBEs” will be awarded to the Best Feature and Best Short film and People’s choice at a special Awards Banquet to honor the filmmakers and their works February 25th, 2012. 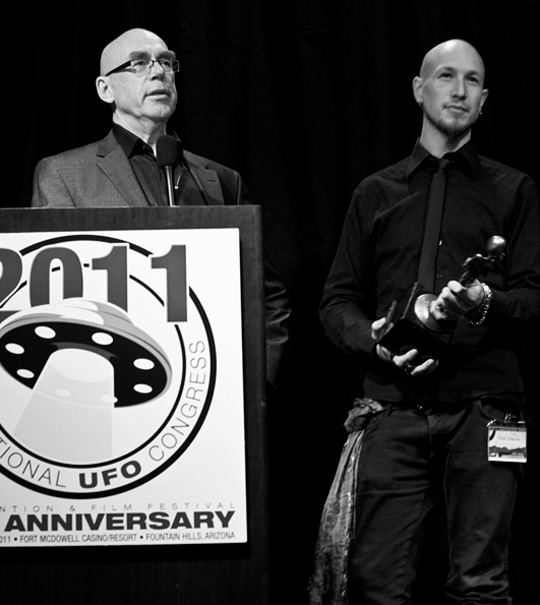 “We are very excited to host the festival this year and we already have some top-rate submissions,” said Festival Co-Organizer Maureen Elsberry. “This is really a celebration and exhibition of the amount of research, passion and dedication these individuals put into their work ” Elsberry said.

The International UFO Congress’ “EBE” Film Festival is a celebration of investigative filmmaking, with free films screened all day Tuesday February 21st and in the evenings Feb. 22 – 24th at the beautiful desert oasis at the Fort McDowell Resort & Casino in Scottsdale, Arizona.