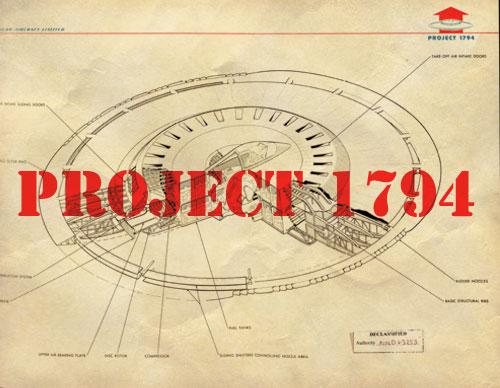 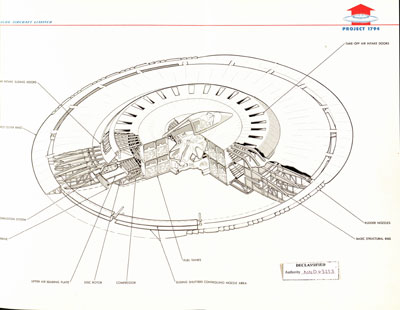 Wired.com explains that, had the craft been completed, it would have been able to “spin through the Earth’s stratosphere at an average top speed of about 2,600 miles per hour.” The specs show the craft was designed to be a vertical take-off and landing (VTOL) plane, “using propulsion jets to control and stabilize the aircraft.”

The documents reveal that the air force had contracted with the now-defunct Canadian company, Avro Aircraft Limited in Ontario, to construct the flying saucer.

Many UFO researchers have known for years about the air force’s flying saucer projects. Aerospace historian Michael Schratt published an article on this website in 2010 about an air force flying disc project. So the recently declassified information regarding Project 1794 isn’t much of a surprise. But it is still interesting to see the official details published and available to the public.